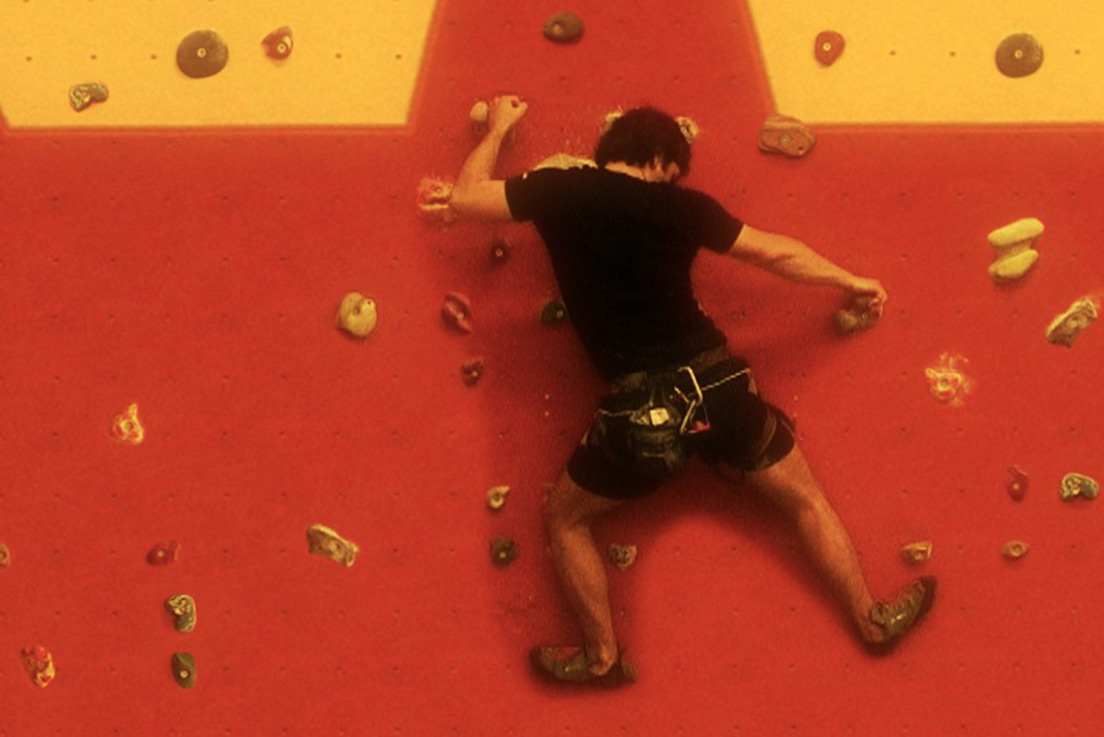 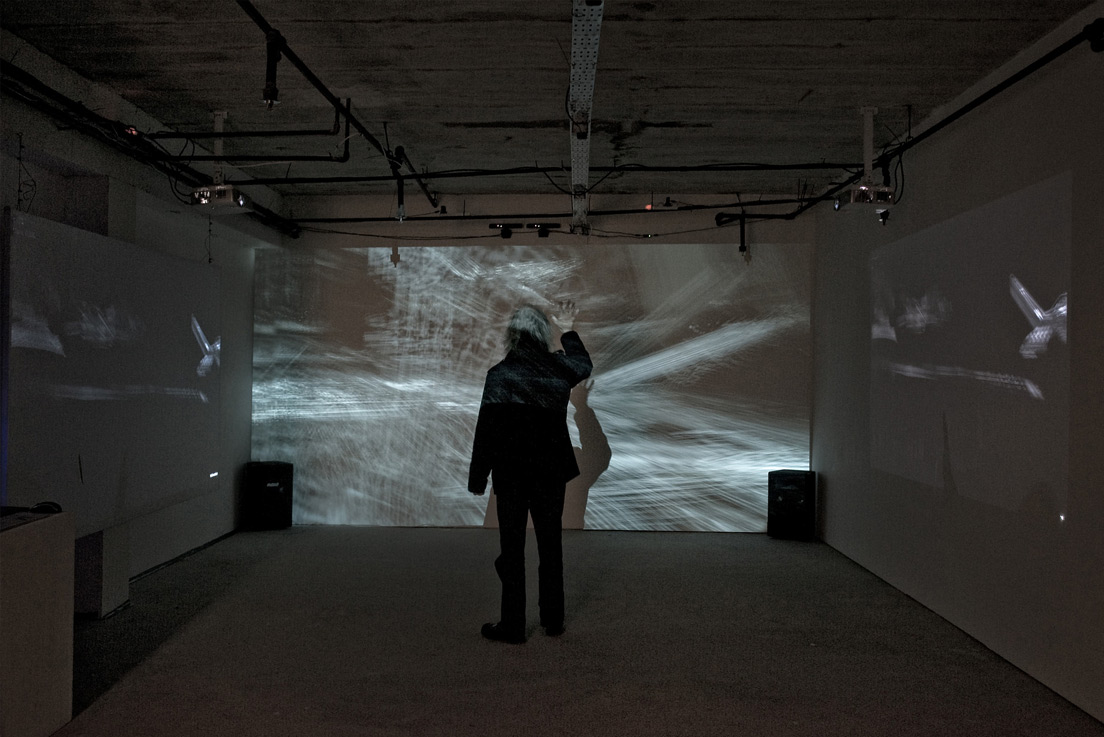 ​A three screen, motion sensor driven interactive installation. Wearable space emerges out of the interlacing body and architectural space, with a sensory richness that catalyses bodily response. The effective body is the capacity of the body to effect space through embodied perceives.

Swan Hunter is an internationally renowned ship builder, which was in existence for 130 years and at one time provided 14,000 jobs. Ken Byers produced charcoal images of the iconic Wallsend Yard cranes, which featured in this exhibition: ‘Swan Hunters.’

In 2006 it was announced that the business was effectively finished and the cranes were sold to Bharati Shipyards, India’s second largest private sector ship builders. In the 20 years that Byers produced his charcoal images there has been a huge contrast in the landscape around the Tyne. What was once a busy industrial hub now in comparison seems quite motionless

Byers used charcoal for these images to create an architecture-like depiction of the cranes with quasi-engineering structures in his interactive audio-visual pieces.

For this piece, 1080p HD, 3:30, DV, Stereo Digital Matte Painting Video Art was displayed in the basement vault. It served as an outlook on Ascension and the persistence of loss influenced by Taoism, communist advertising, She’ol and Fight Club.

‘A Lesson In Perspective’ by Megan Bedell.

This was a performative text based work. Bedell is an artist based in Newcastle-upon-Tyne, who works primarily with text. She is concerned with the ways in which we receive and interpret meaning, and how context and perspective can change and subvert this process.

With performance from Genevieve Stone and the Singing Potts in collaboration with the Durham Dancers, Mark Bleakley and Kate Stobbart on the preview evening.

‘Without Line’ examined the temporary object, the transient space and the fictional narrative. Through varying collations of source material which relate both to fact and fiction, the works in this exhibition sought to manipulate our perception of an exact object or place. Materials or locations could not be clearly identified, allowing for connections and narratives to be bent. ‘Without Lines’ combined five Newcastle University Fine Art student’s work in various media including painting, sculpture and video. 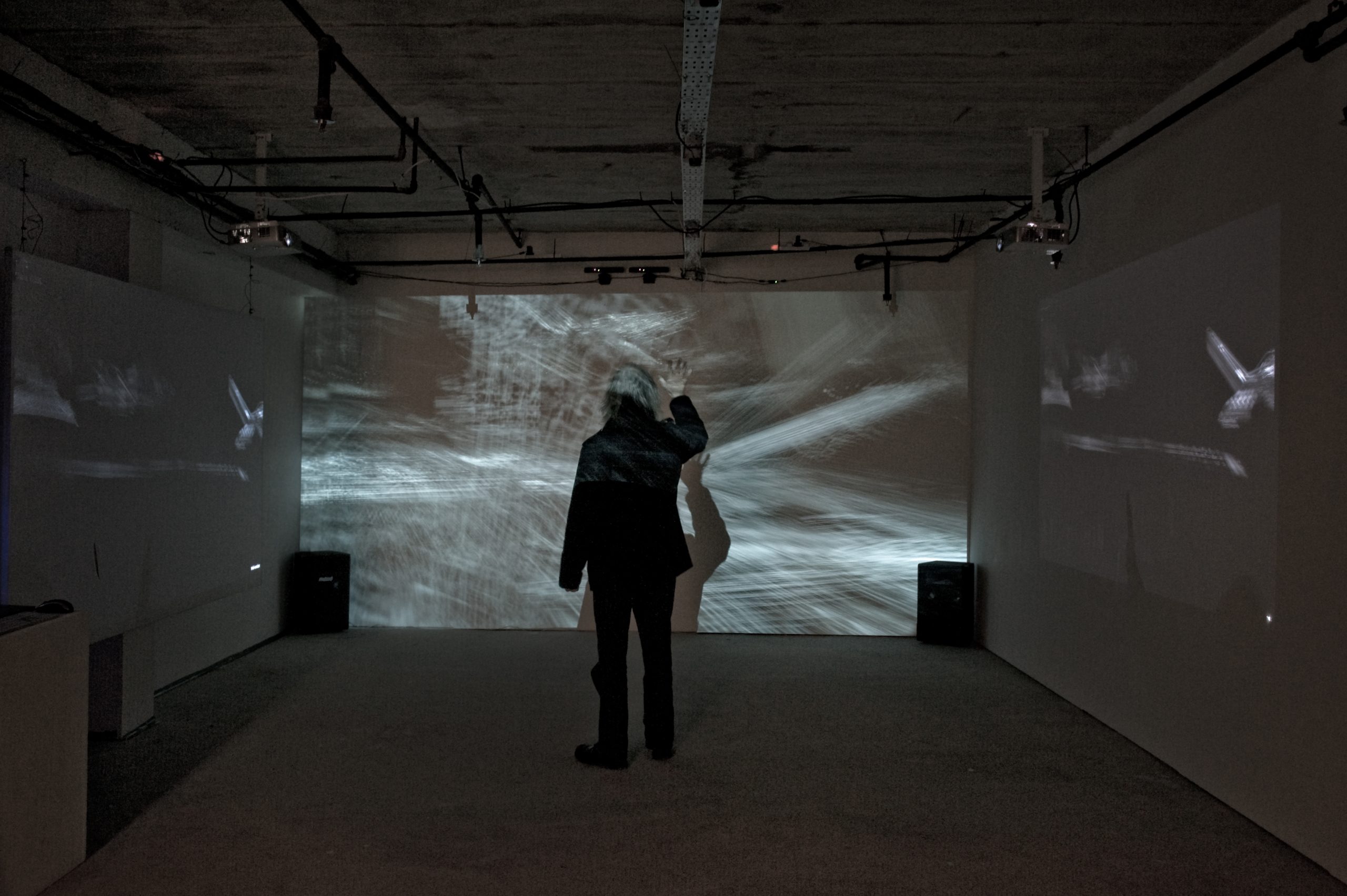 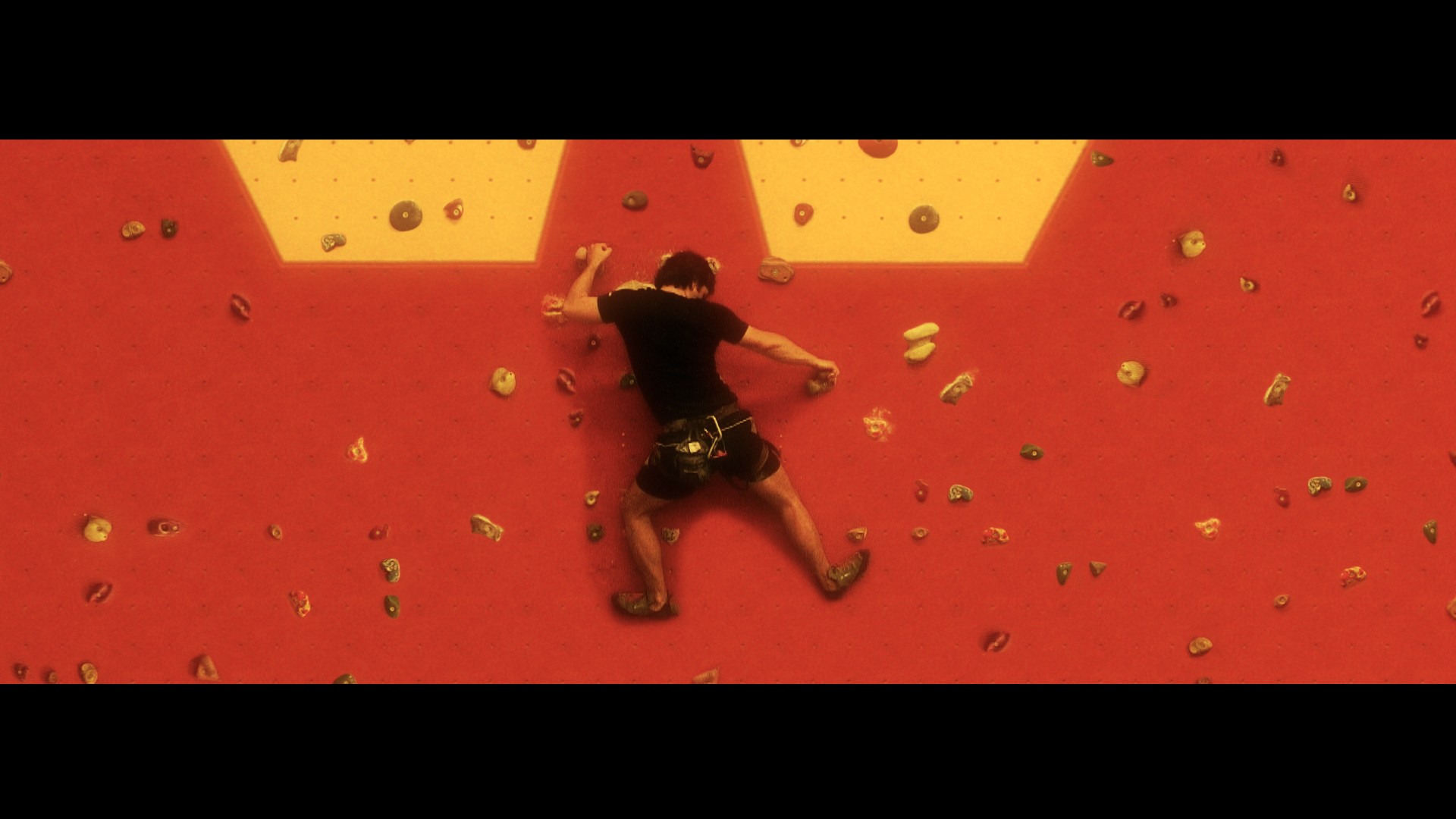 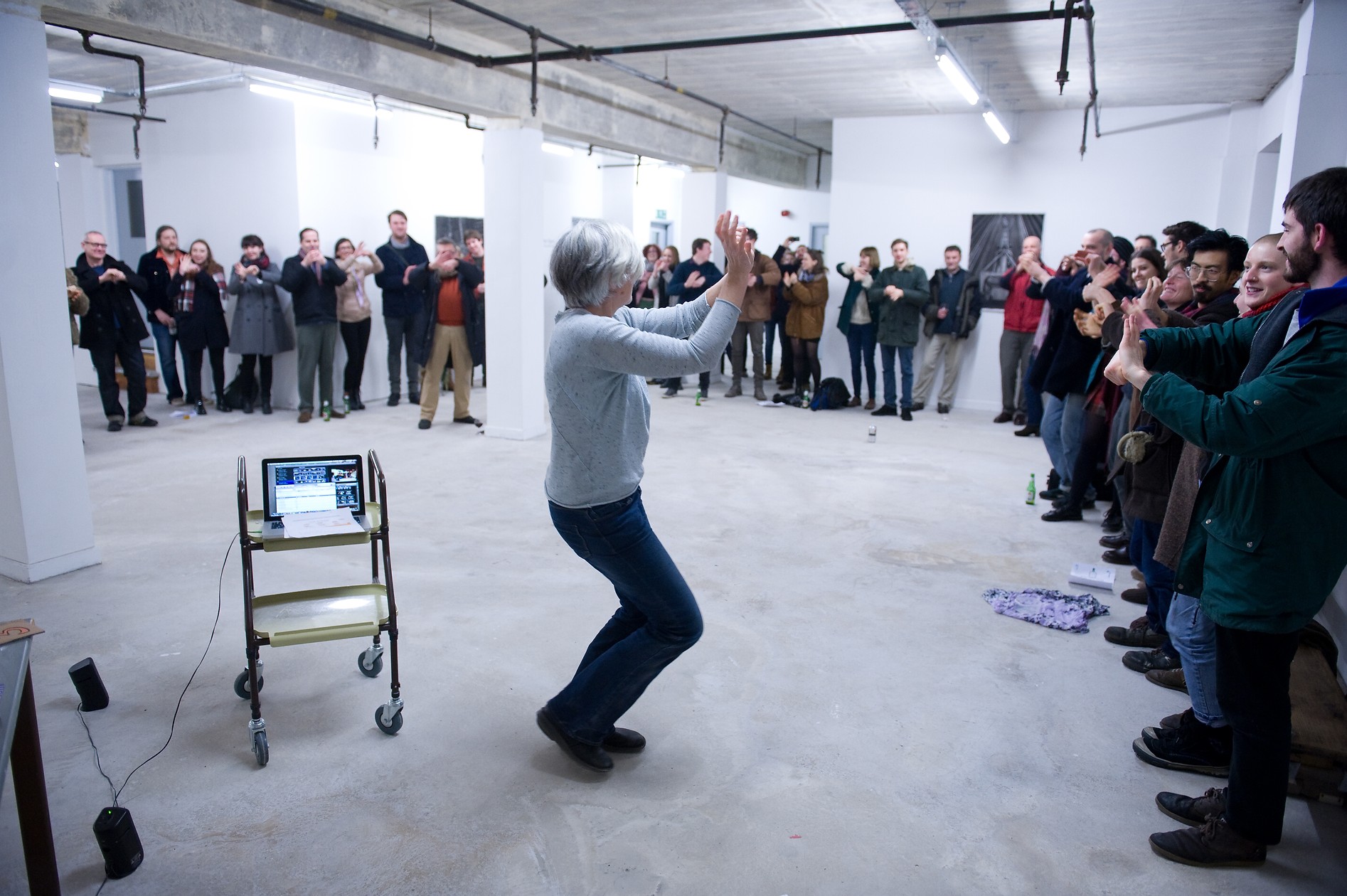 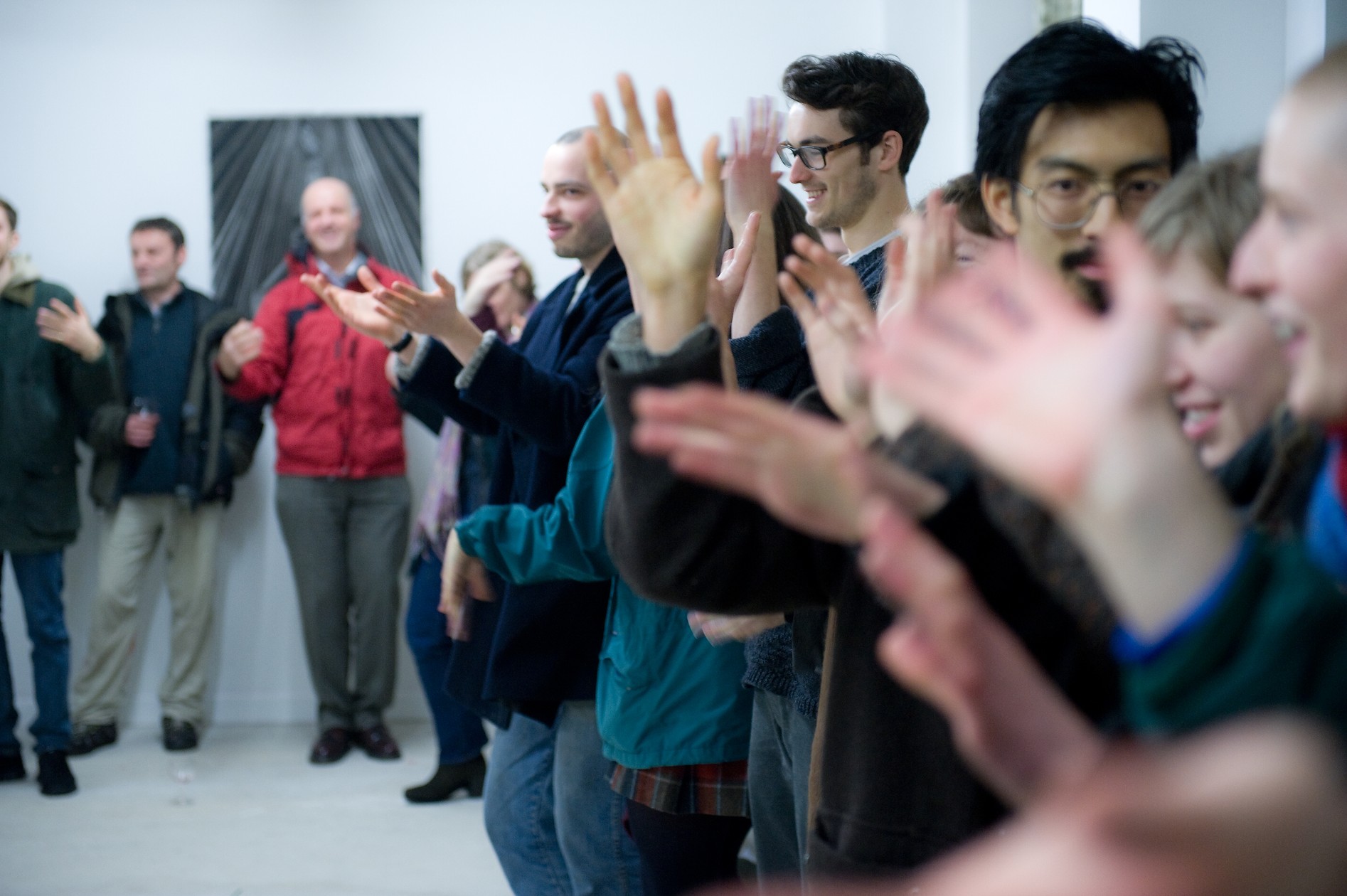 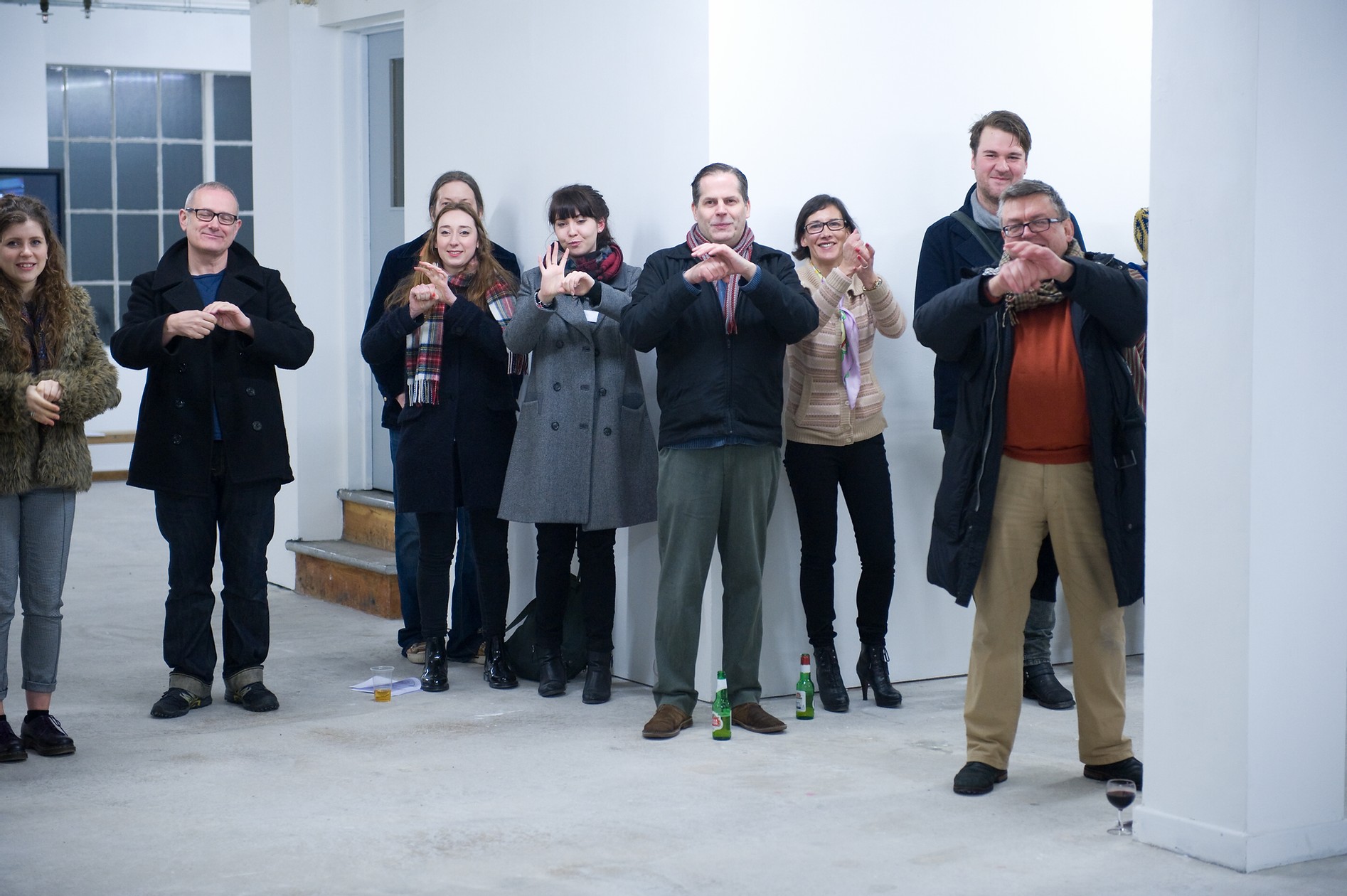 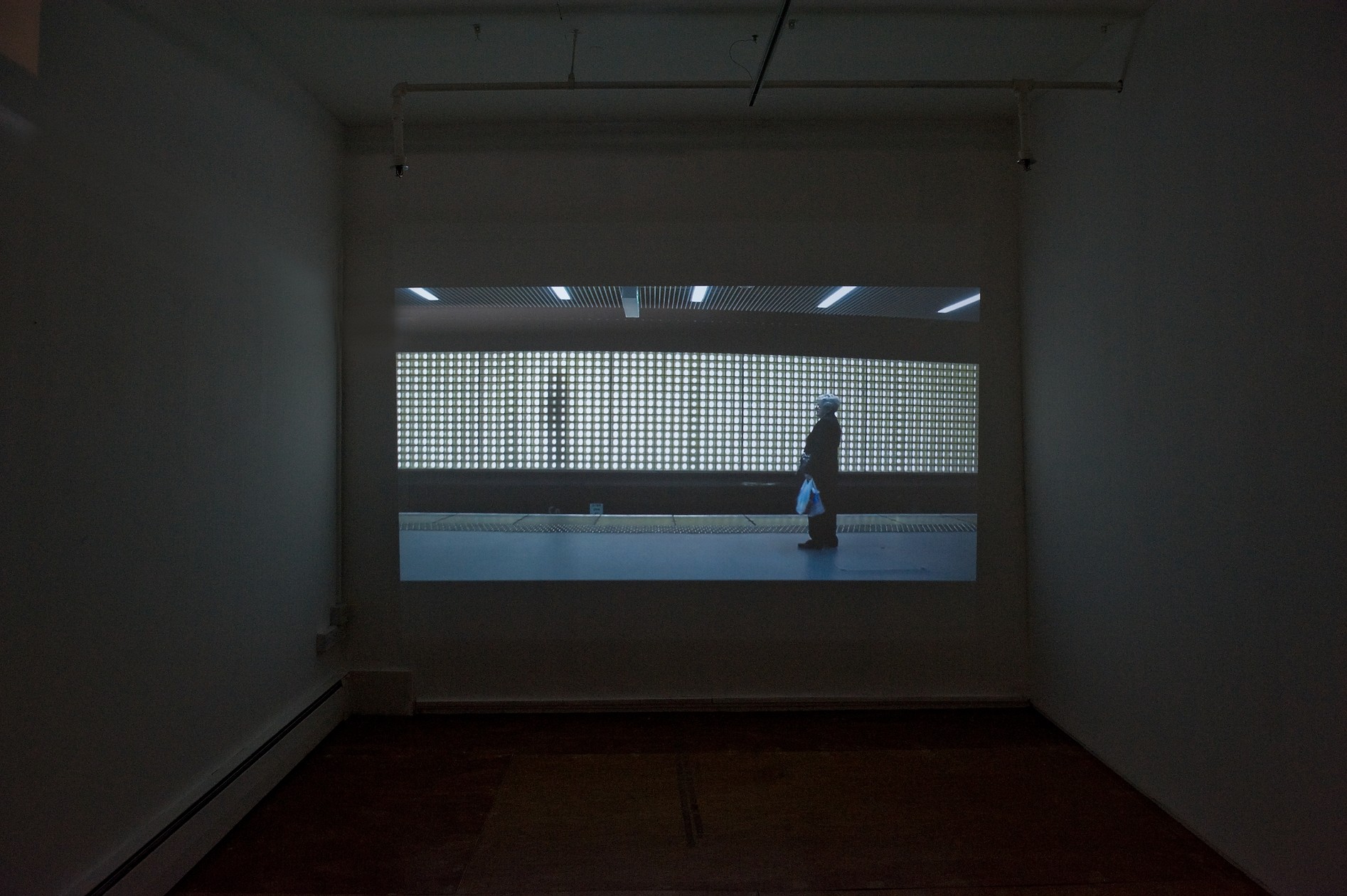 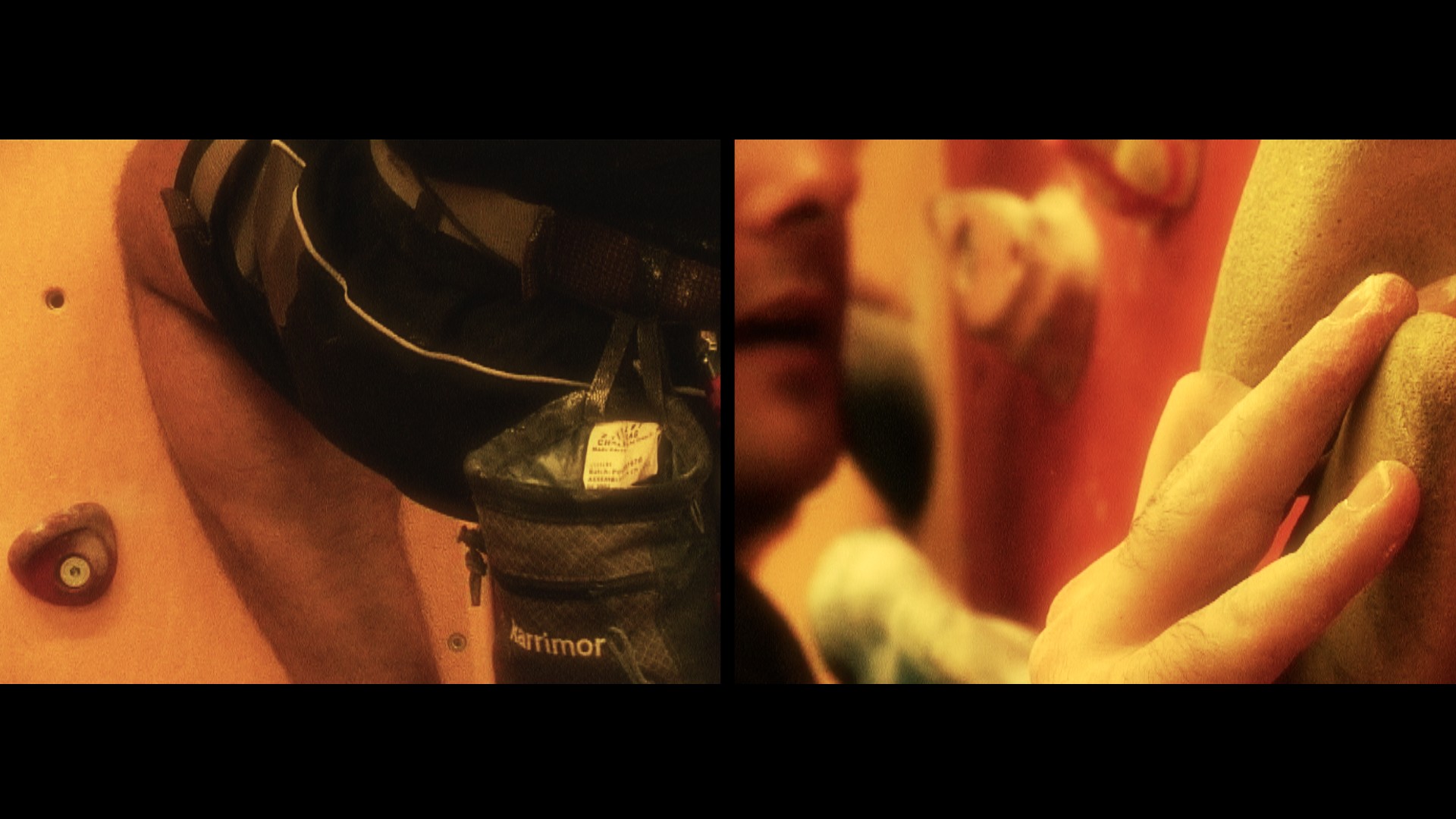 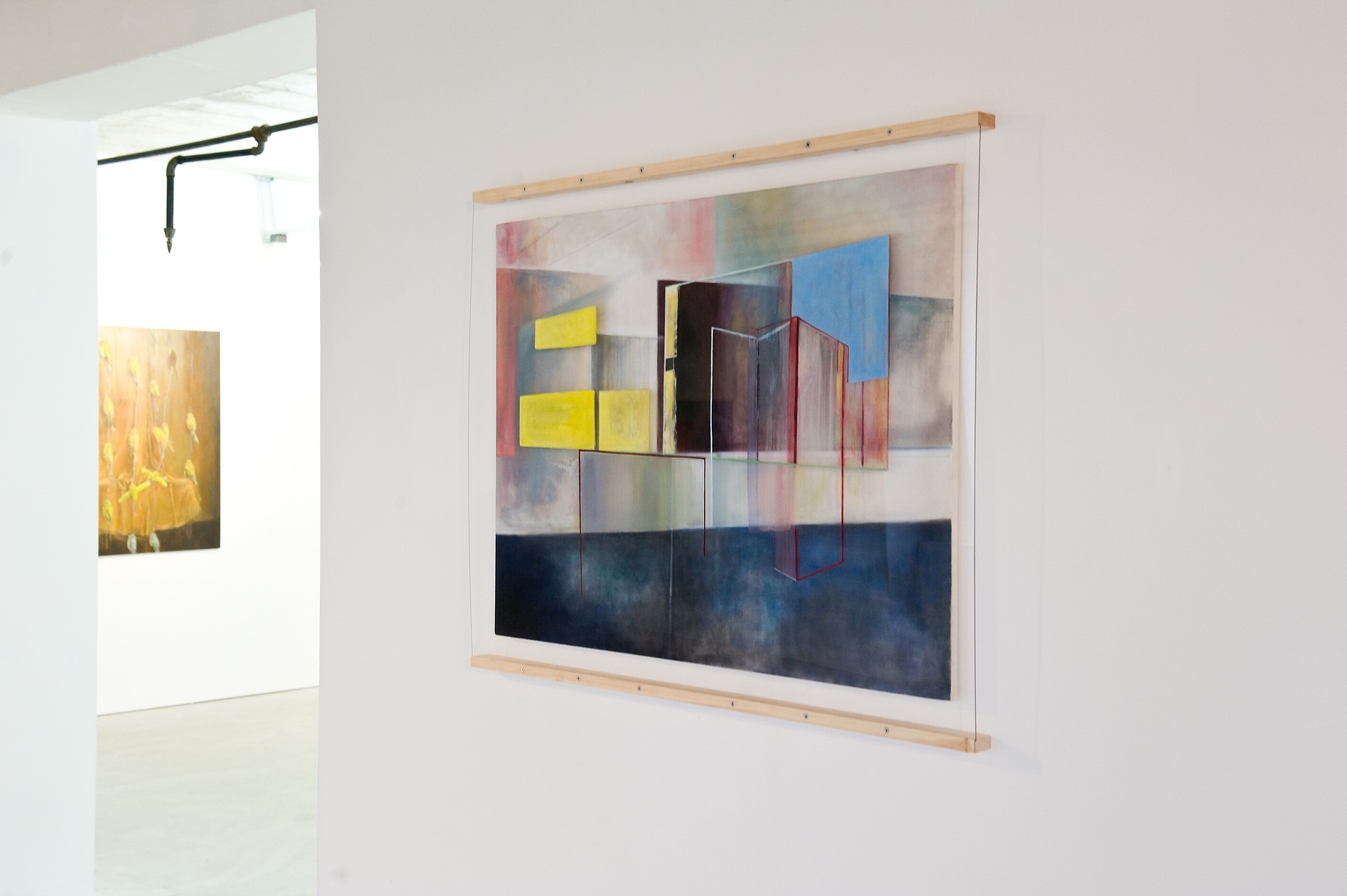 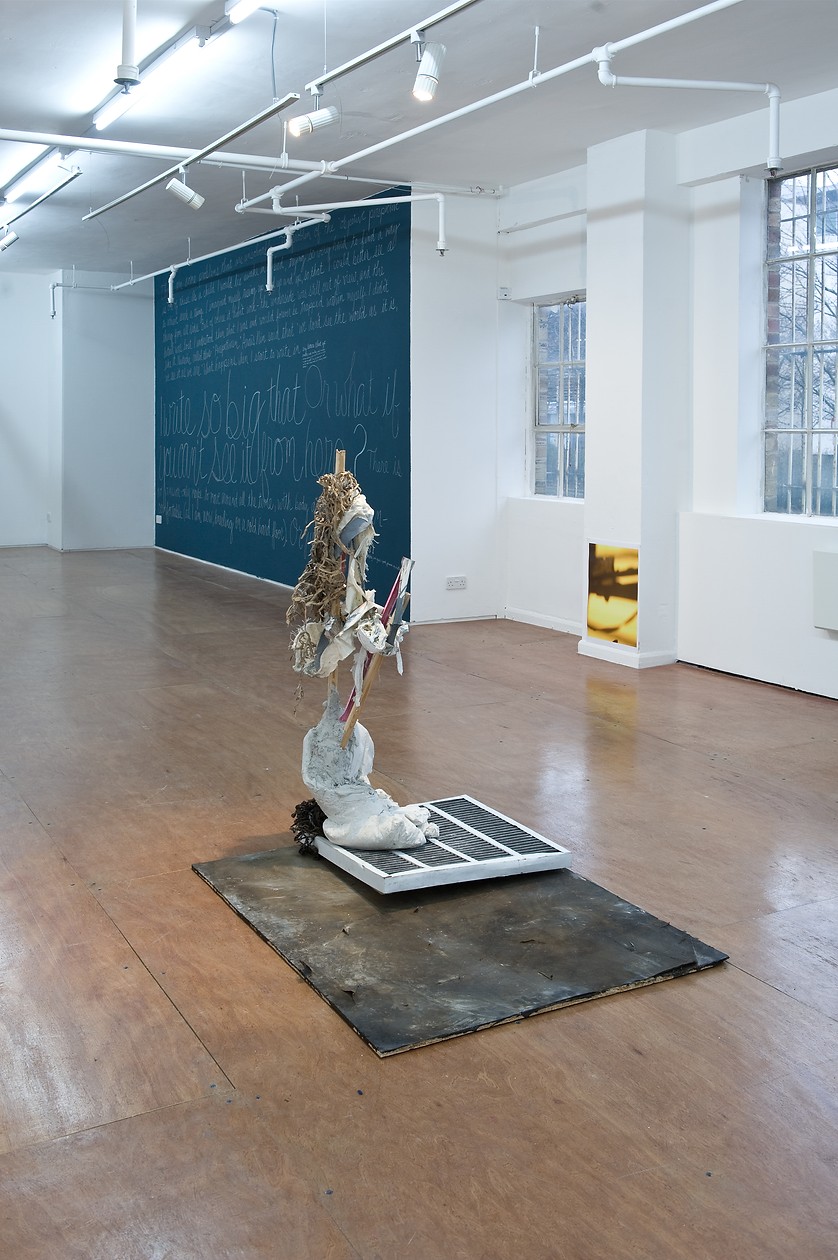 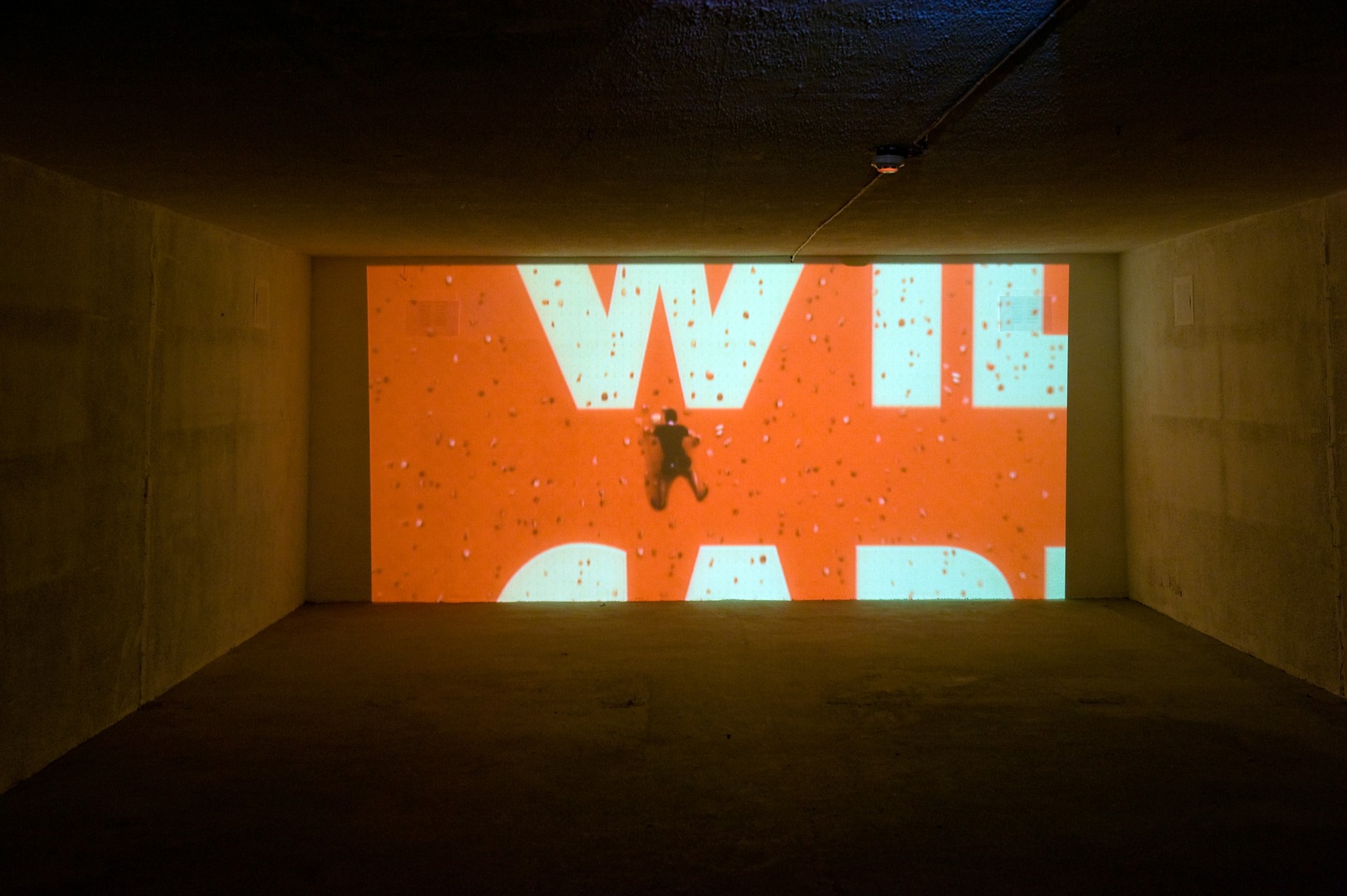 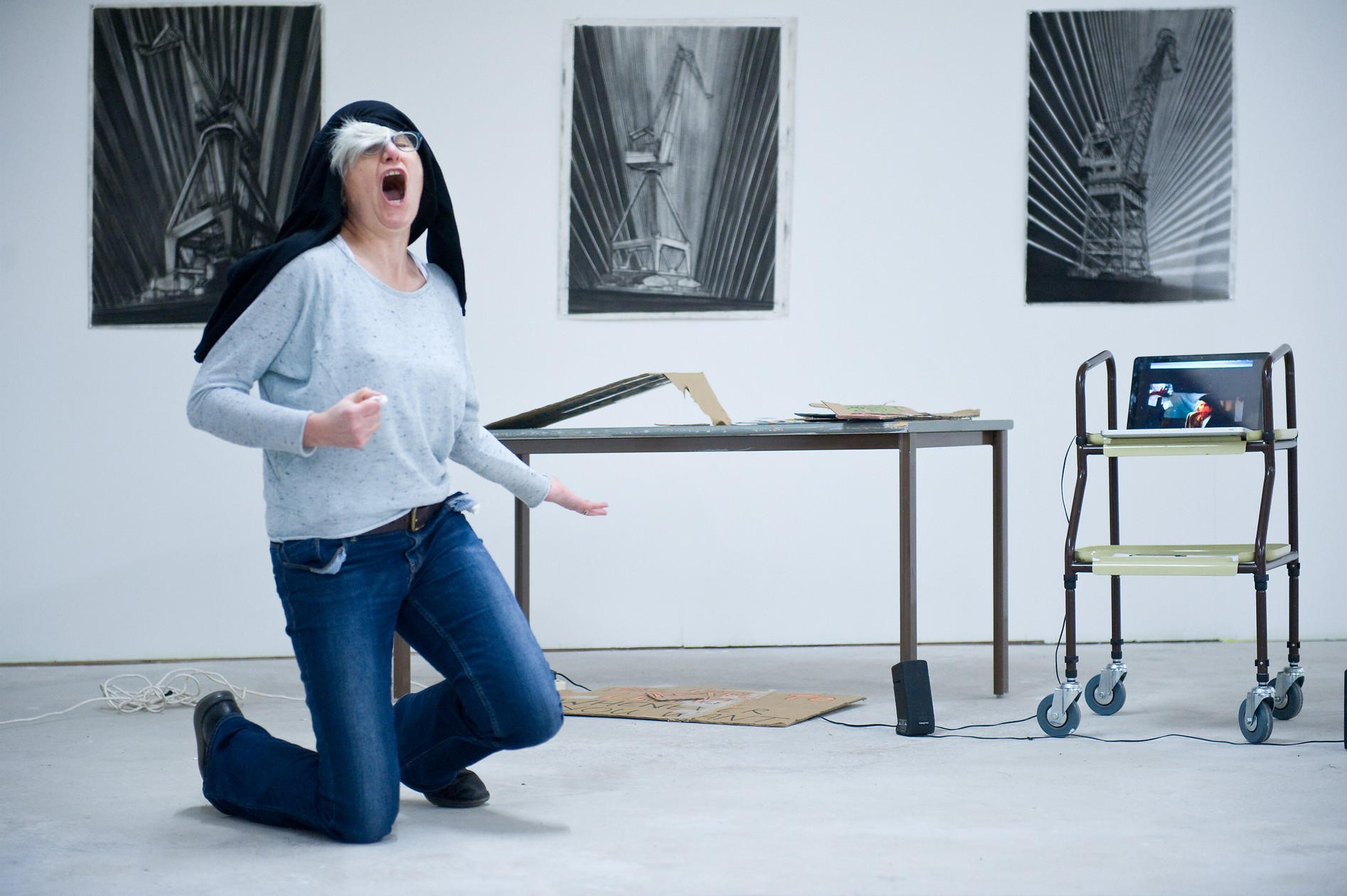 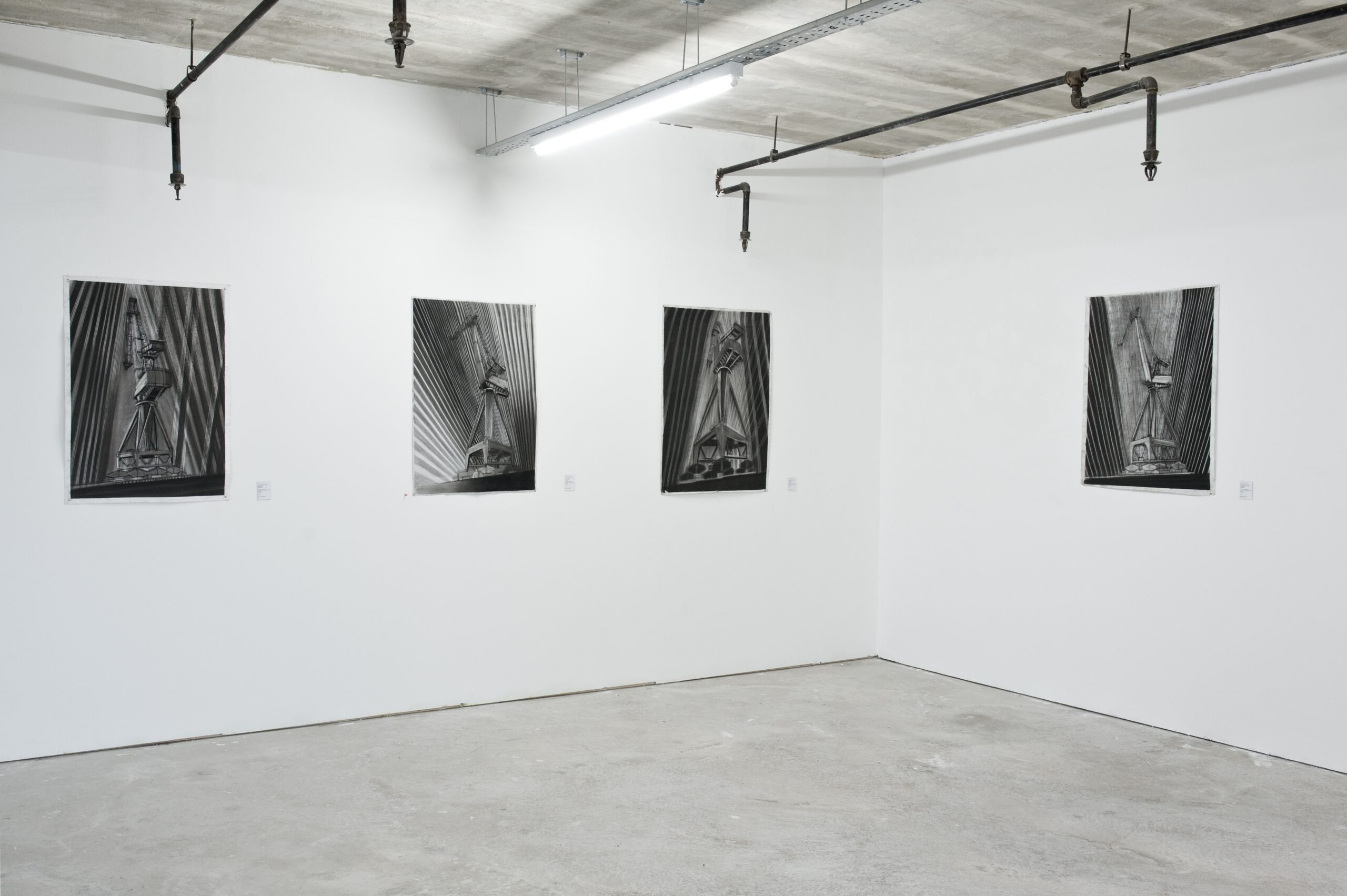 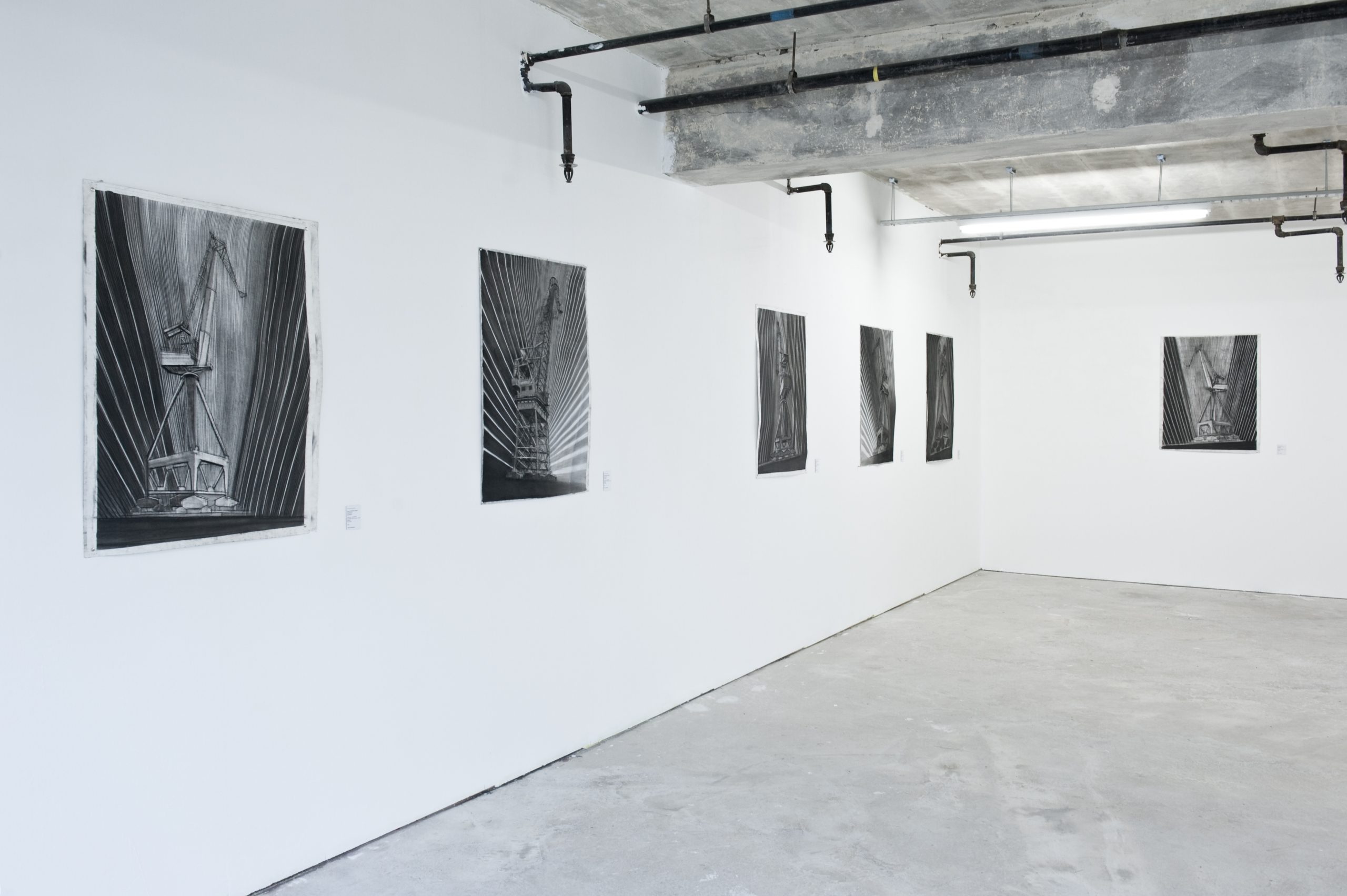 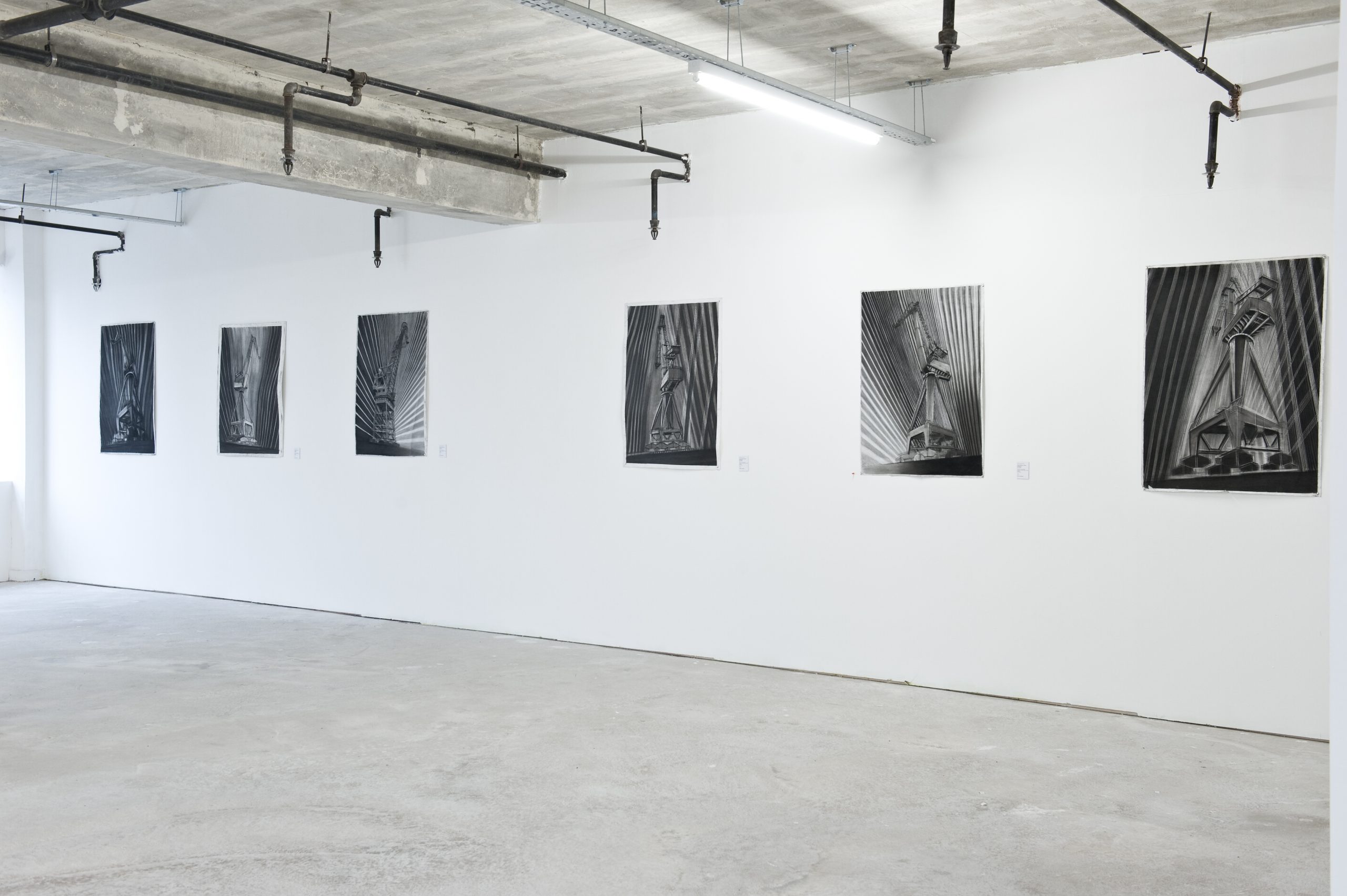 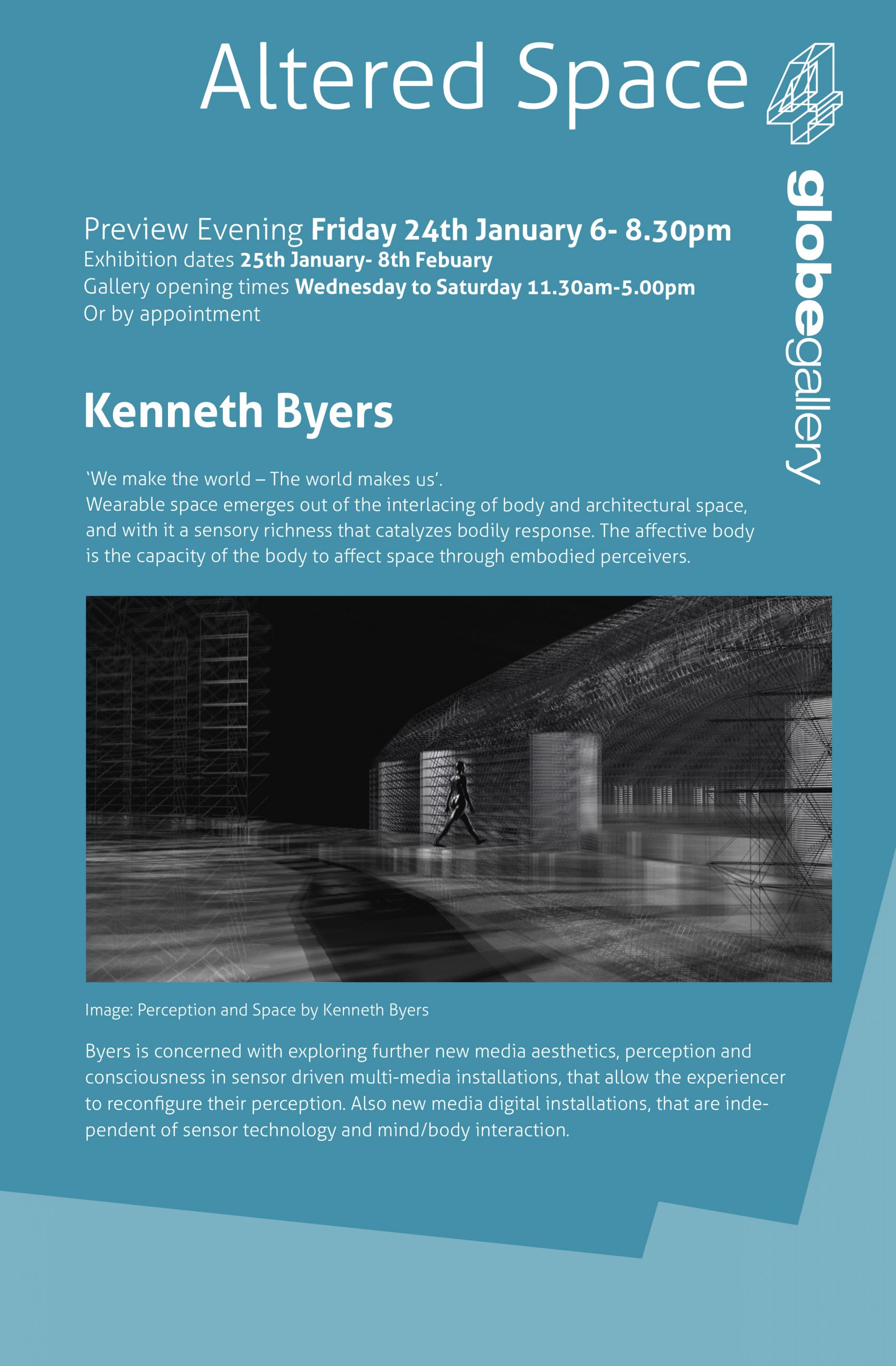 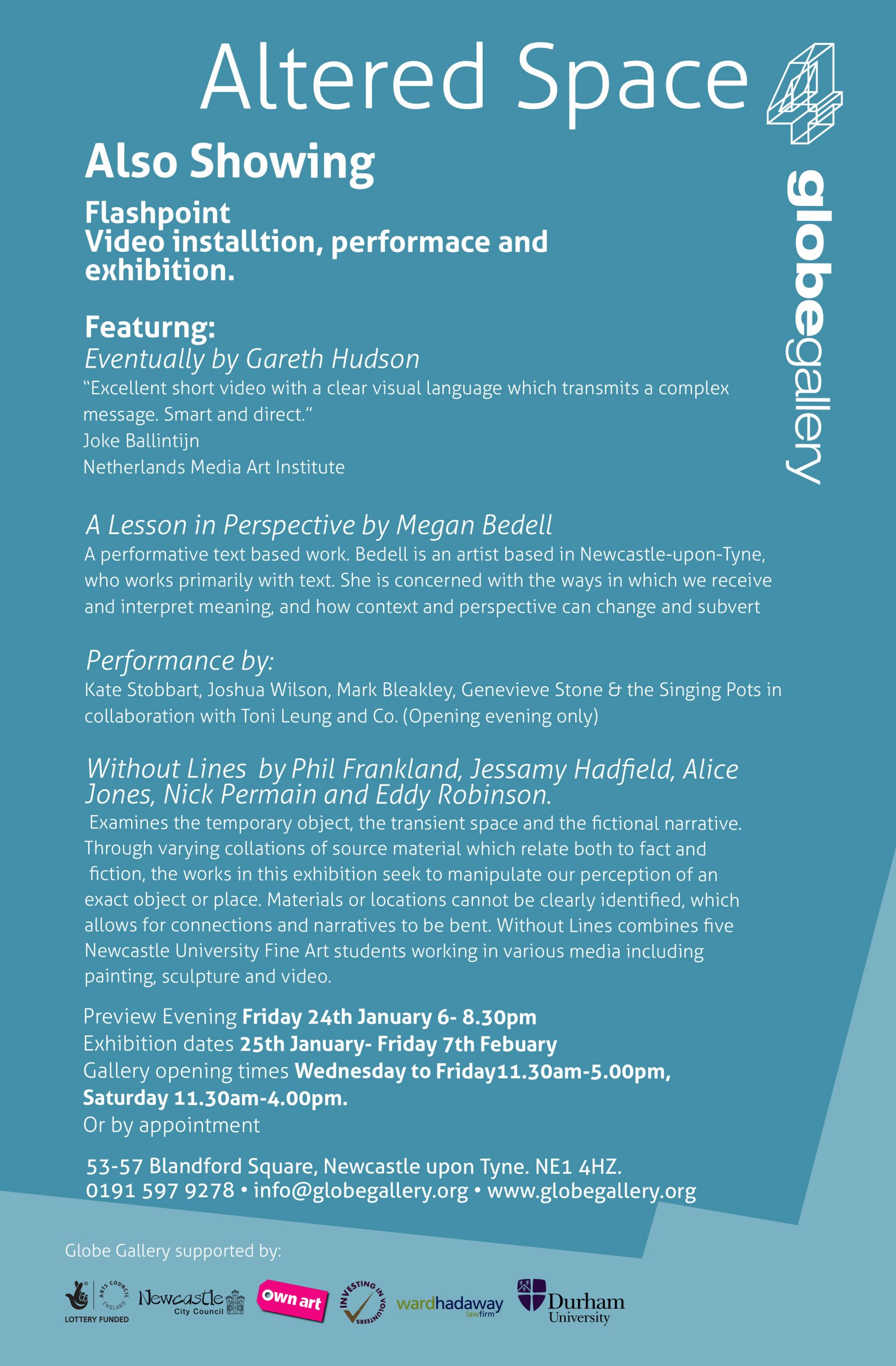