Everything was Beautiful and Nothing Hurt Work II 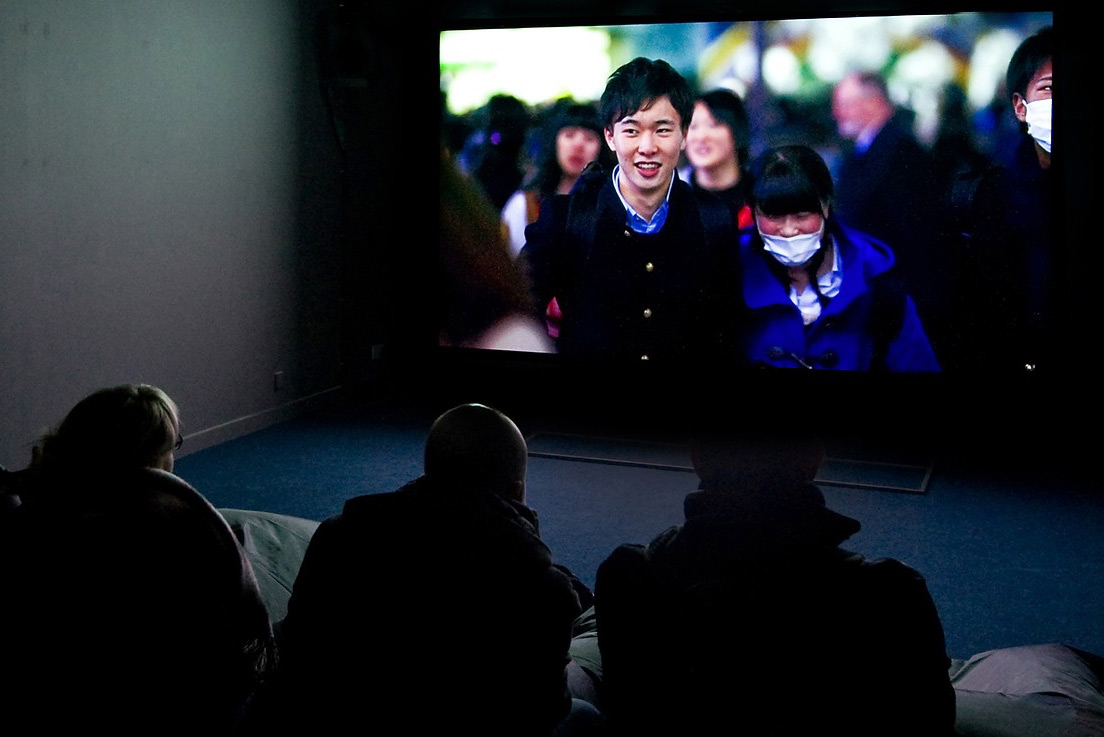 Work II continued Hudson’s interrogation of the transcendence and the sublime. The dual screen video installation functioned as an attempt to find a common thread between footage that Hudson had accumulated. The piece featured scenes of Buddhists in prayer, sprawling Japanese Metropolises, makeshift cosmos and Germain airports.

Accompanying these images was musician Phil Begg’s reimagining of what Ry Cooder described as “the most transcendent piece in all American music” – ‘DARK WAS THE NIGHT (COLD WAS THE GROUND)’ by Bling Willie Johnson – a song that has travelled further than anyone or anything into interstellar space aboard NASA’S Voyager I.

The film played in continuous loop, each lasting 47 minutes.

The preview evening was launched with a live performance by Tyneside Sacred Harp Singers, performing their original ‘Dark was the Night’ amongst other songs.

Below is Joanne Clement’s critical piece on the installation.

Gesturing towards Newcastle’s Globe Gallery you’ll find a modest sign softly lit with the words EVERYTHING WAS BEAUTIFUL AND NOTHING HURT. The title is taken from Kurt Vonnegut’s Slaughter-house Five and with its time traveling protagonist Billy Pilgrim, the Hudson-Begg installation finds an appropriate location on Pilgrim Street. Like the book, the installation is loaded with narrative manipulations of time, inviting audiences to question how we might translate/transcend experience and to consider grand and everyday pilgrimages.

For Vonnegut, whose satirical novel draws on his experience of hiding in a meat locker to survive the Dresden firebomb, parts of his science fiction are as much literary renderings as they are semi-autobiographical. Real and imagined viewpoints are integral to Hudson’s film, featuring footage which visually transports us from one pilgrimage to another, journeys he made and moments he perceived. We can understand ‘perceiving’ in both senses of the verb, the process of using the camera lens as way of seeing and recording but also in the sense of envisioning something beyond the physical world, to imagine something new.

Splicing fictive and documentary footage transports us to places on earth already ‘otherworldly’ to us, the further reaches of imagined interstellar space and at a cellular level, to insular worlds invisible to the naked eye.

We see a bustling Japanese city street crawl in entrancing slow motion, revealing sensual, infinitesimal flashes of being. Microscopic moments of interaction, we see us as we are, humans caught in a perpetual state of animation. Some of the seen see us, or at least, the camera. Taking Japan as a technological hub and slowing footage points to questions of contemporary lifestyles, its pace and machinery. Can we keep up? Hudson then cross-cuts these bustling scenes in Japan with low-key footage of Buddhist temples. We are presented with a deceleration of the already serene but the reposing monks aren’t torpid, in the anchorites we see flashes of being within their composure. We wonder what they are thinking. Notice a juncture of breath. A settling.

Responsive to the lived reality of Buddhism, these scenes depict the cycle of monasticism, including younger ordained monks at play, their robes swirling in the wind. A mode of surveillance, an immediate response to the footage is one of scrutiny. However, in combination with Begg’s soundscape, this inspection moves to introspection, a pacific experience comparable only to meditation. During the 45 minute plus piece, connections between the sense of the soundscape and its visual narratives emerge, curve and vault away. Through echoing chants, remote strings and other stratified sounds, we are transported from earth to space and beyond it, to an invented cosmos with vast blistering bodies and miasmic nebulas, interstellar dust and clouds of gas.

Looming full of pressure and presence, we can hear these celestial bodies as vividly as we see them in Begg’s reimagining of ‘Dark was the night (Cold was the ground)’. The gospel song by Blind Willie Johnson is one of a selection of music on a phonograph record blasted into space on the Voyager craft, an ‘Earth’s Greatest Hits’ they hope might one day discovered by, well, who knows? Called the ‘Golden Record’, this disc contains everything from brainwaves to photographs of supermarkets, scientific literature and sounds from around the globe. Performed in church as a call and respond hymn, Blind Willie slides across guitar strings with a pocket knife, spiritual blues at their best.

‘Everything was Beautiful and Nothing Hurt’ is an installation wrung with the sacred, occupied by the felt and poised on contemplation of the dark, the same dark unknown both the song and Voyager travel into, awaiting discovery and reply. 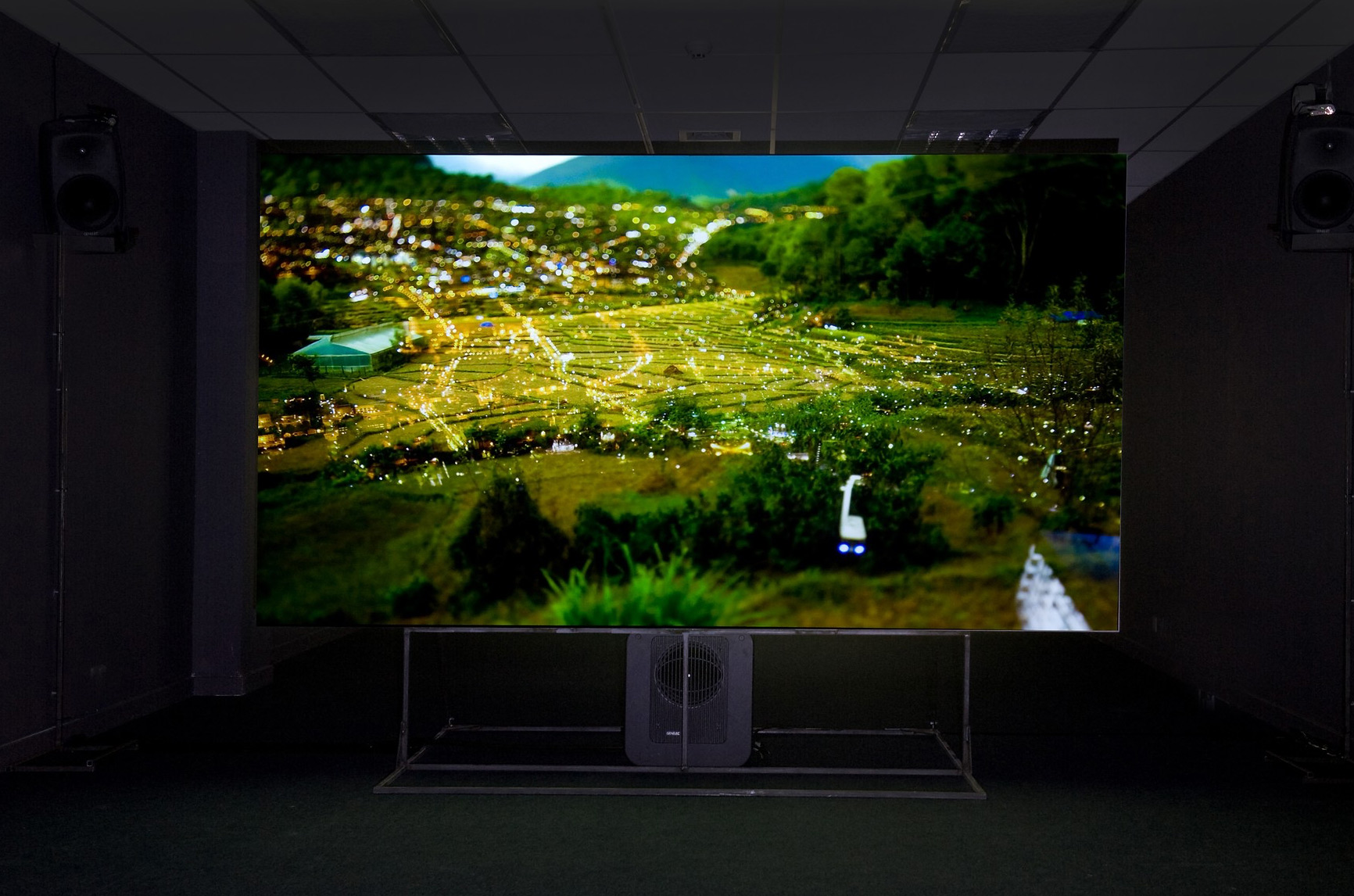 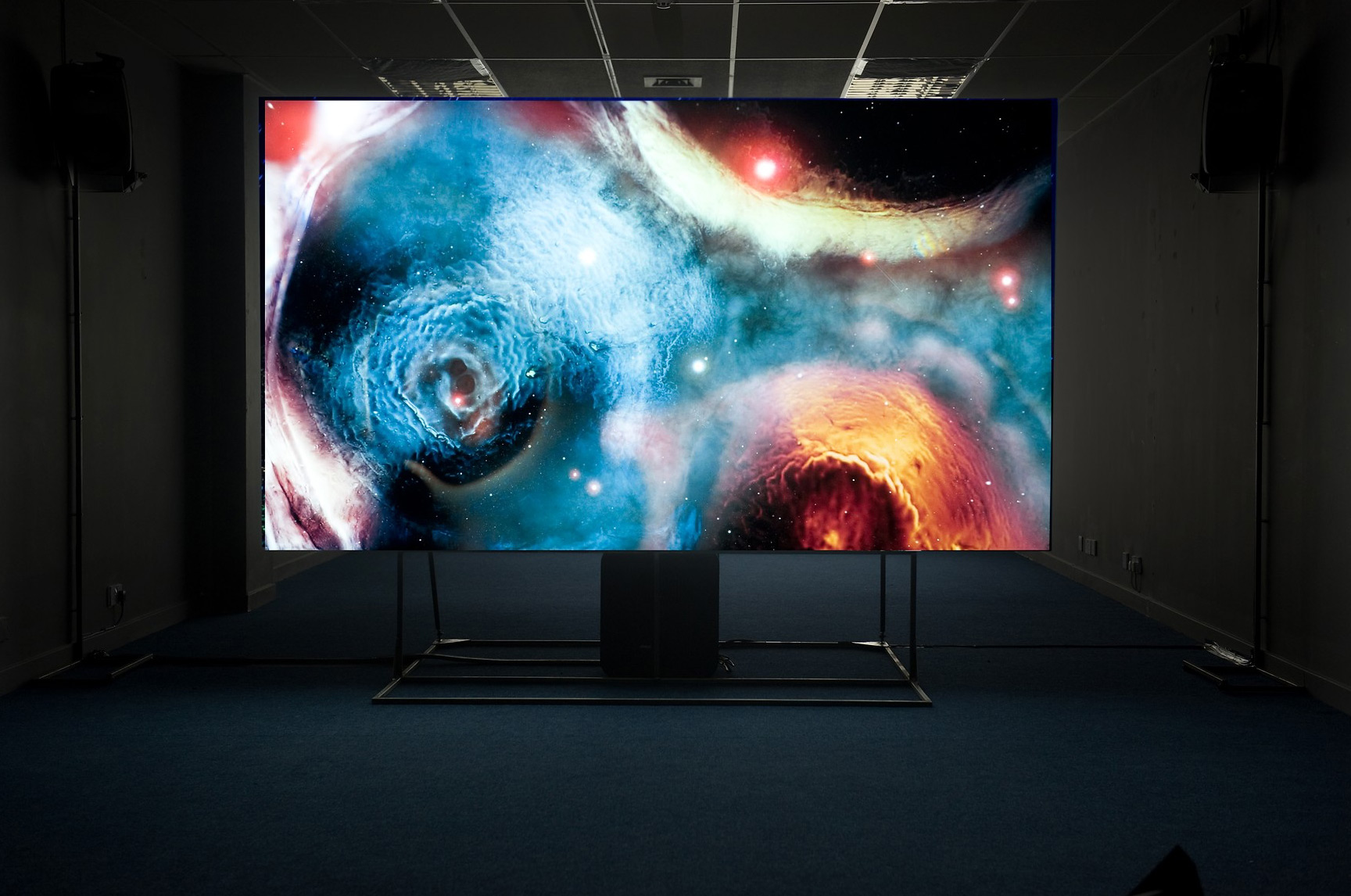