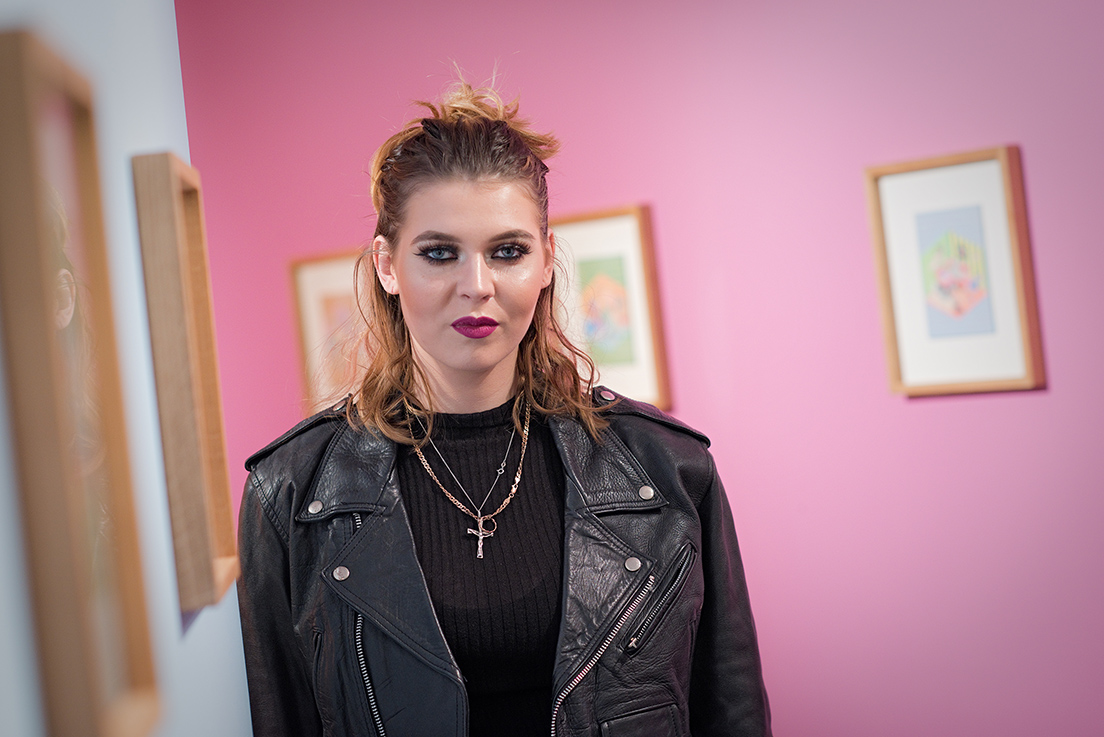 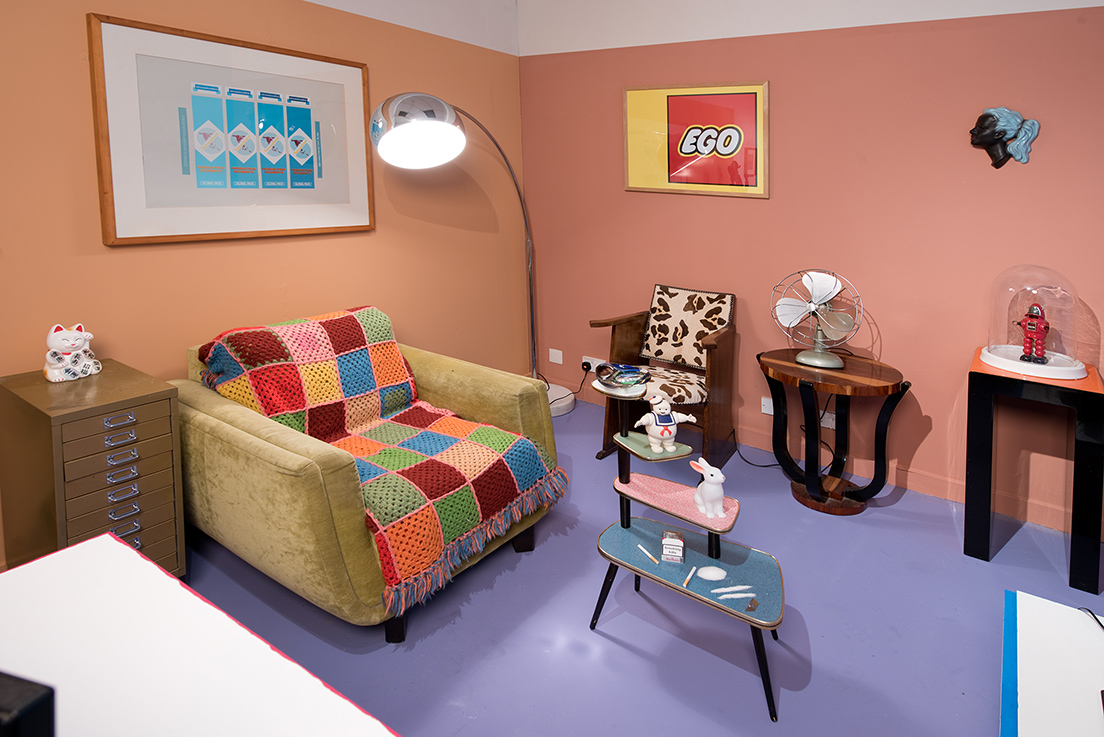 The artist Paola Ciarska, has succeeded in depicting intimate scenes as representative of life for the 21st-century-conditioned human in society. Aiming “to create a self-portrait that would also function as a mirror to whoever laid eyes on it”, Ciarska’s deliberately humorous, voyeuristic portrayals bear comparison to Honey I Shrunk the Kids, but on a far more sensual and cerebral level. Each room jam-packed with the many trinkets of modern life, the paintings evocative presence far exceeds their small scale, and viewers are encouraged to engage with each meticulously painted detail provided.

The graphic geometric backgrounds of Ciarska’s paintings were influenced by her homeland, Poland, each finely detailed gouache rendered backdrop reminiscent of wallpaper designs from her childhood days spent with her Grandparents. The paintings host a combination of vibrant colours as well as a cacophony of objects, creating a medley of sensations on viewing. The abundant detail cheekily beckons one into the delights within the artwork, not unlike a modern-day peep show. Because of this, the viewer’s eye returns to Ciarska’s creations again and again, uncovering nuances not noticed on first viewing. In this way, Ciarska draws similarity to the modern day craving for the ever present ‘reality’ show in our globalised, technologically obsessed world.

At the time working as a makeup artist, Paola uniquely subverted the conventional use of makeup brushes from skin to canvas, and painting in miniature, created detail that draws one into the intricate private lives of her subjects. Encapsulating the personal sphere, viewers are able to observe and absorb the atmosphere of each room. The converted studio space encouraged viewers to take a closer look into each household chamber, adding a third dimension to the exhibition. The design and installation demonstrated Ciarska’s creative process when drawing inspiration for her paintings.

Unlike painting a still life, the process has been reversed, with the artist selecting objects and furniture from a private dwelling. Each of the room installations were assembled and installed only after the paintings arrived in the gallery. The paintings themselves were composed from the mélange of shots taken by the artist from different rooms in the dwelling, including artworks collected by the proprietor, as well as objects owned by the artist herself, resulting in a unique re-composition of a fantasy abode. This process both confuses and intrigues the viewer, much like the perspective apparent in each of Ciarska’s paintings. The more you look, the more you see. The resultant change in magnitude enables viewers to move organically from the scaled-down miniatures to life-size transformations – representative of the artist’s impression of today’s society, the outside looking in.

“I enjoy getting lost in the labour of a marathon painting session. Once I have established a particular structure and layout for a certain vision, I get myself into a haze of obsessive intricate detail application. Repetition provides me with a rhythm which vibrates through each piece as a silent soundtrack. My most recent miniature gouache series titles Like an onion looking into a mirror? serves as a humorous universal representation of a wired, technologically aware, 21st century human being. Over-sharing of private information we witness on daily basis turns us into self-proclaimed voyeurs, without necessarily comprehending why and how those voyeuristic qualities got attached to our daily life rituals. It is an exaggerated, humorous commentary on people being people. People with smart phones and even smarter Facebook responses” – Ciarska.

Ciarska’s family moved from Poland to the Newcastle in 2005 and she graduated from Newcastle University in 2016. She draws inspiration from her home country in much of her art.

Since graduating, Ciarska has been invited to show at a number of international art fairs and art exhibitions and has received a significant number of private commissions. 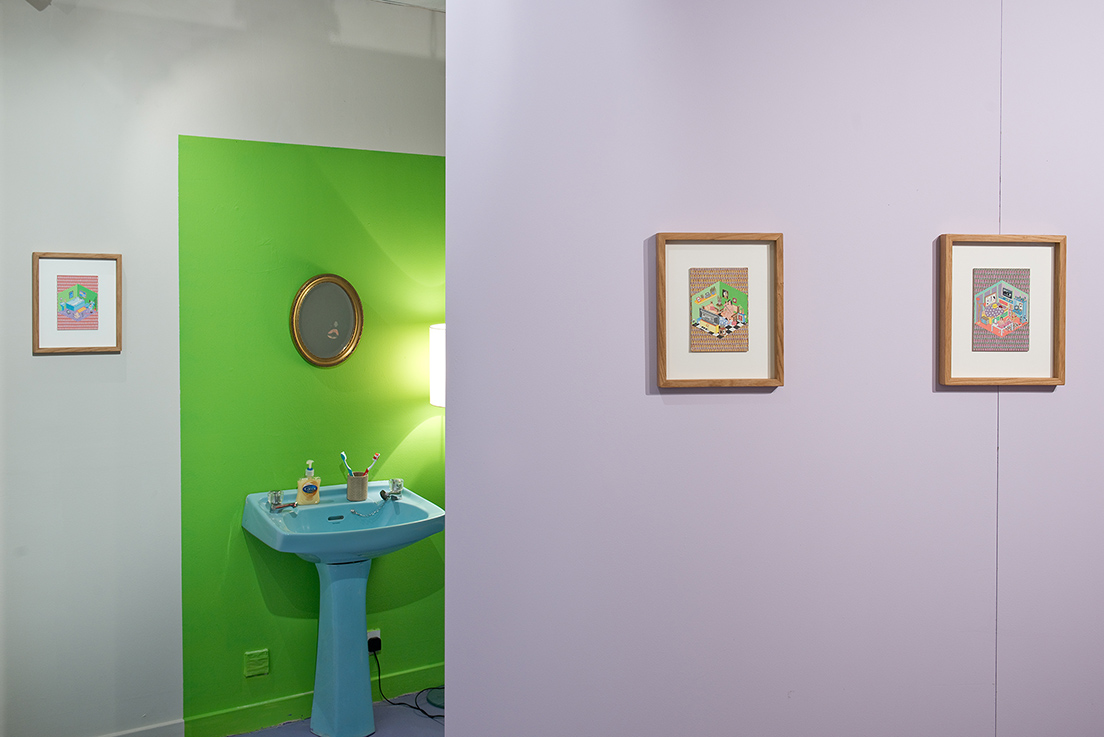 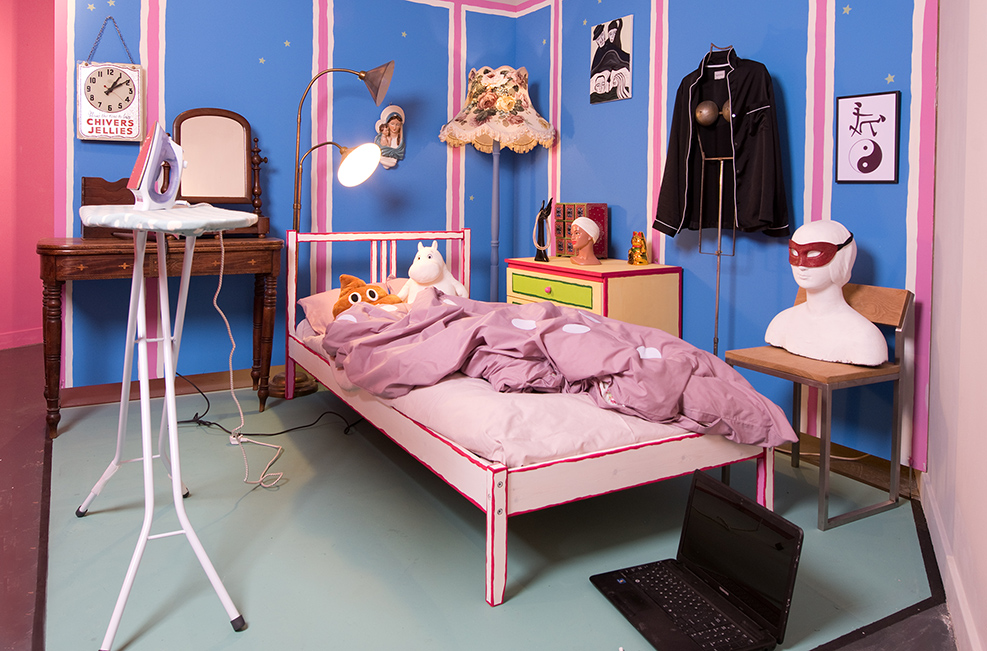 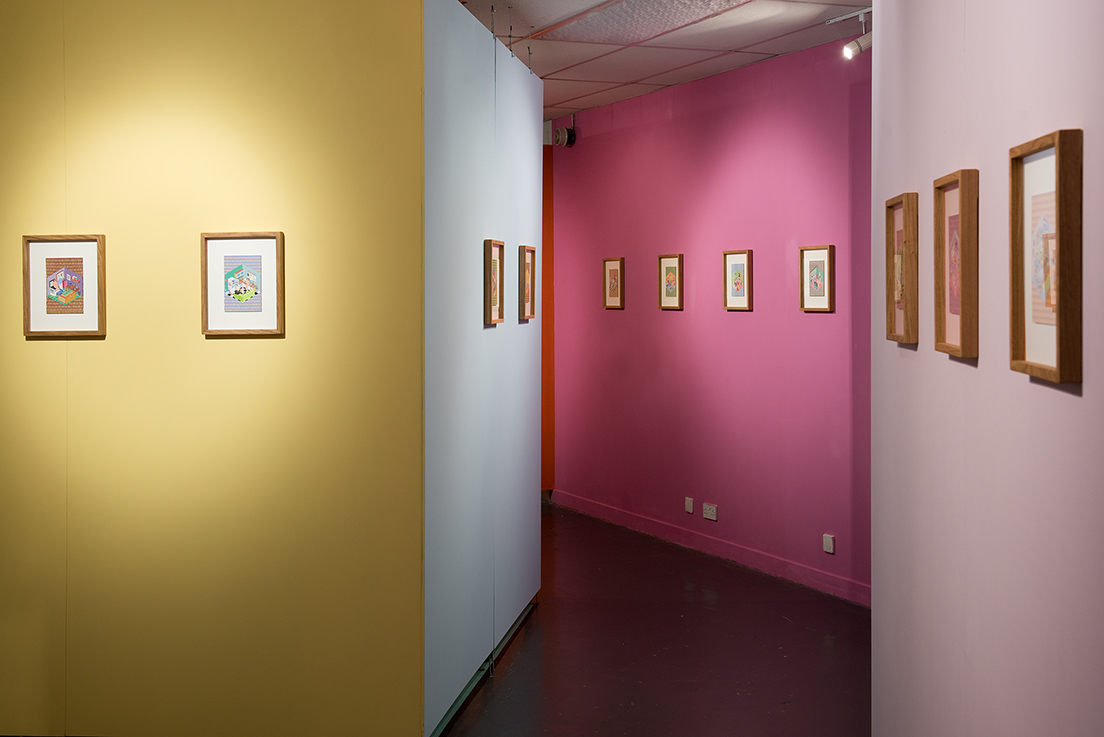 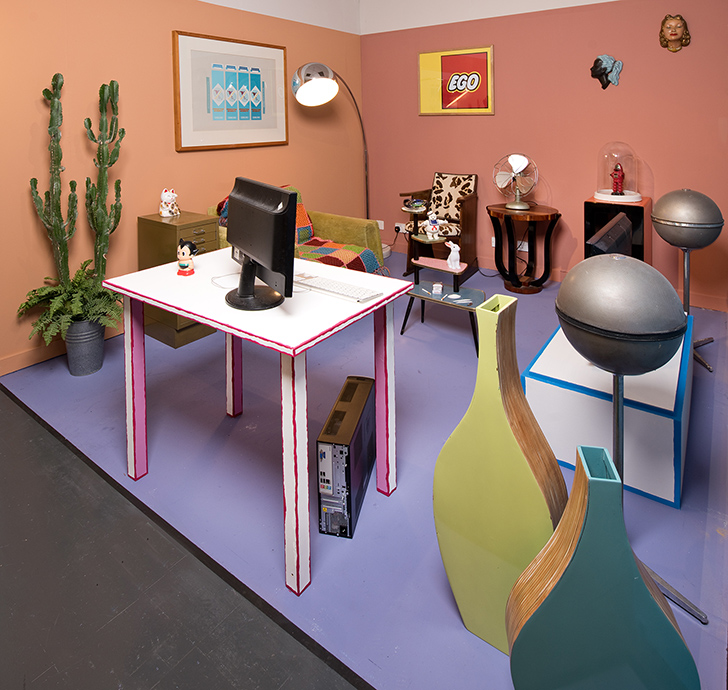 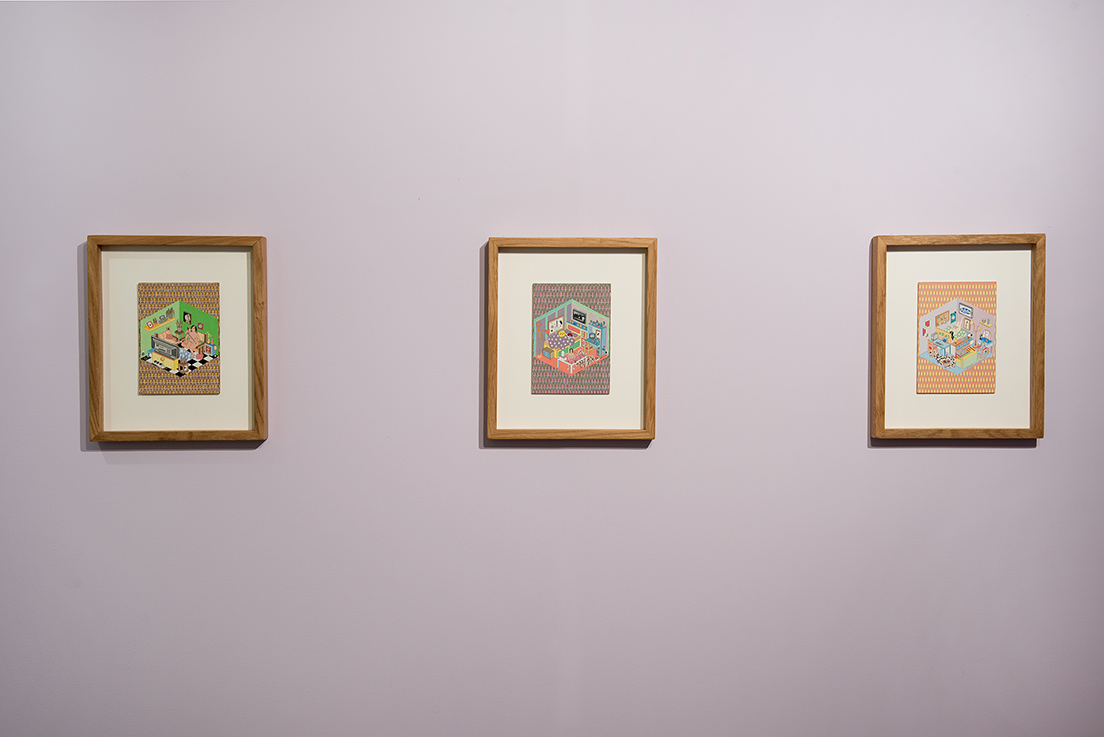 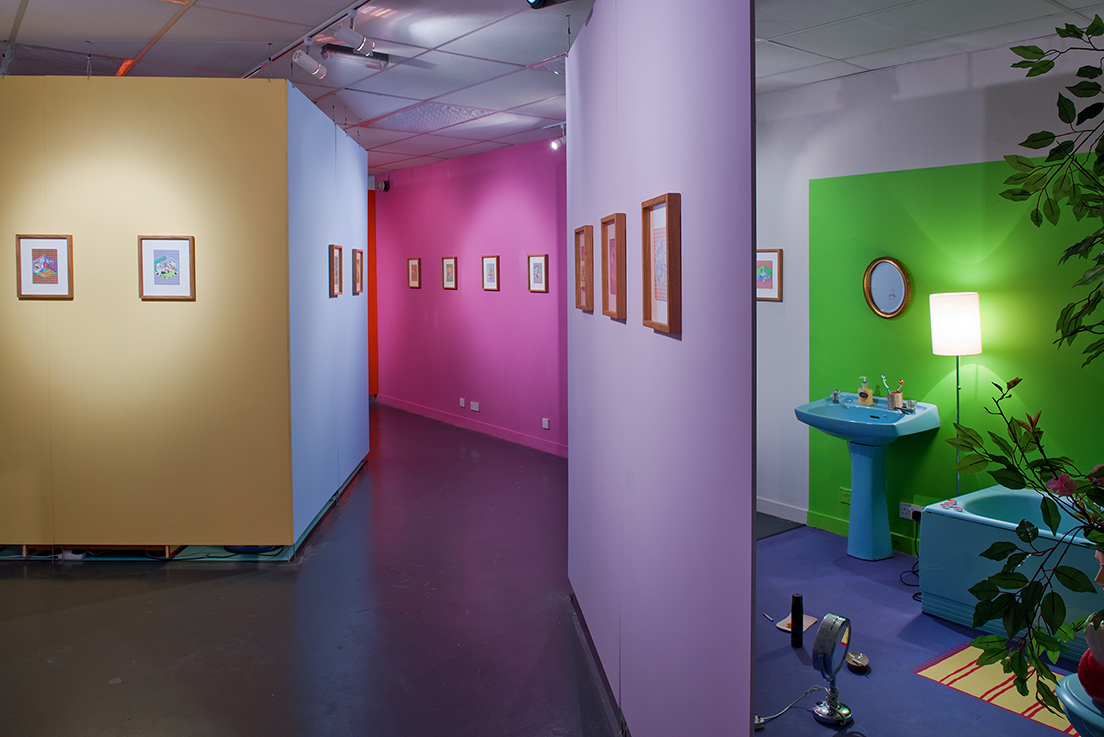 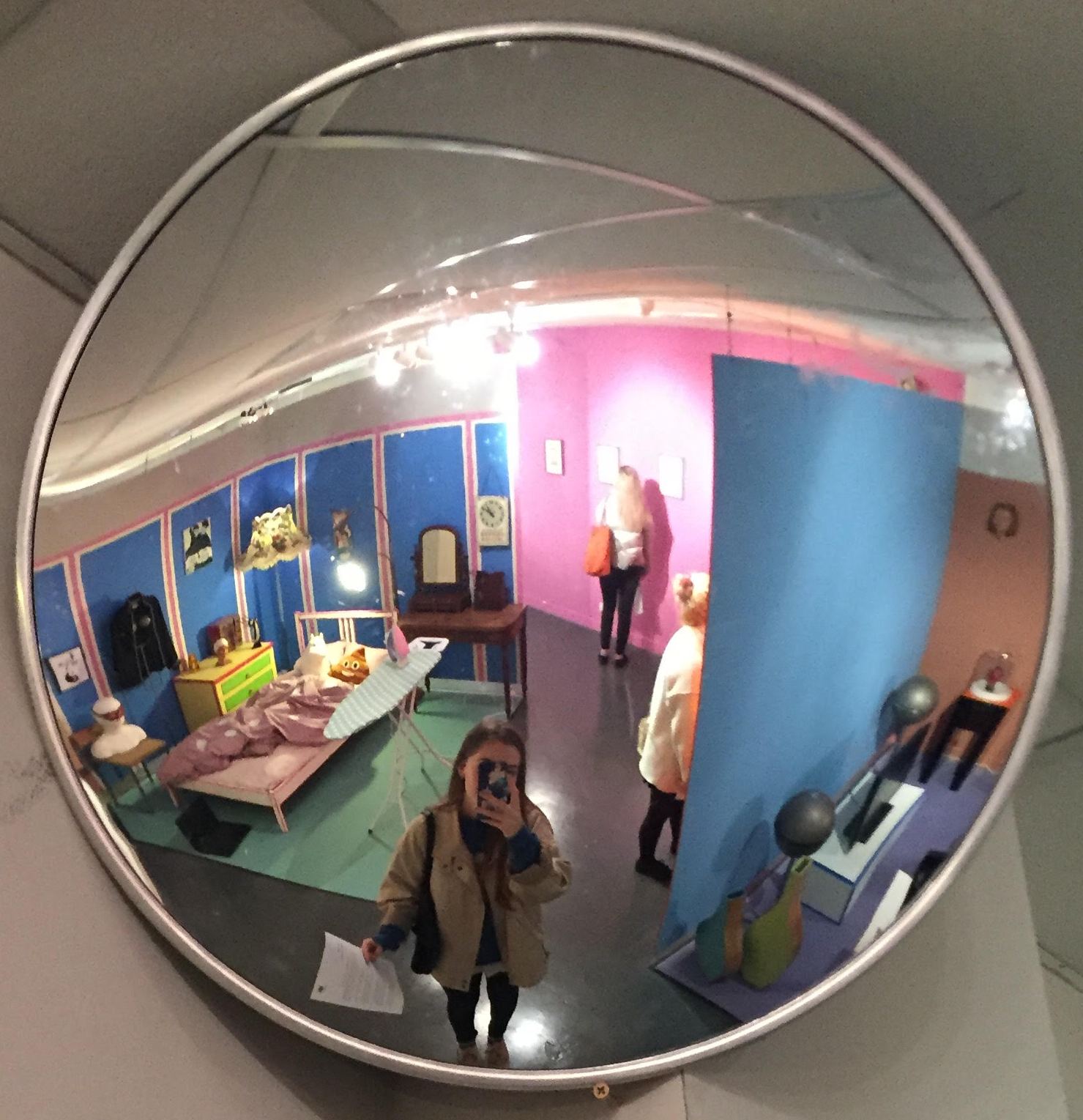 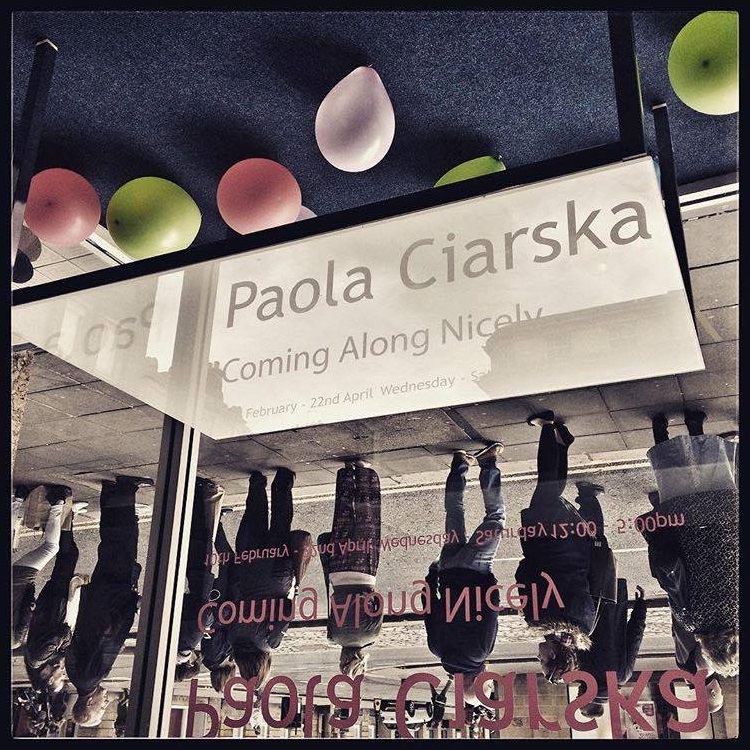 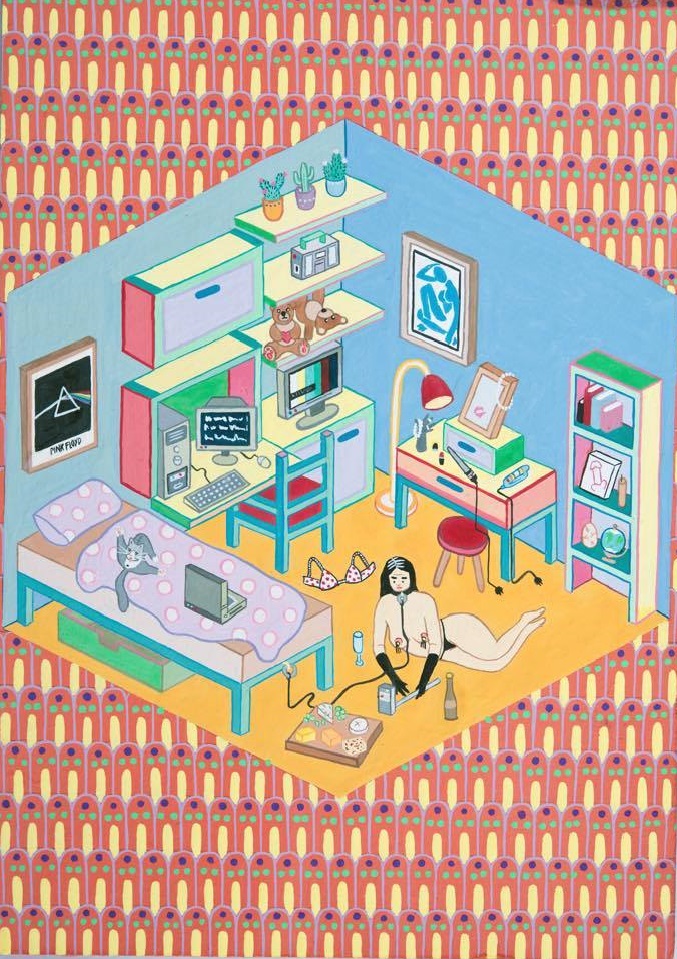 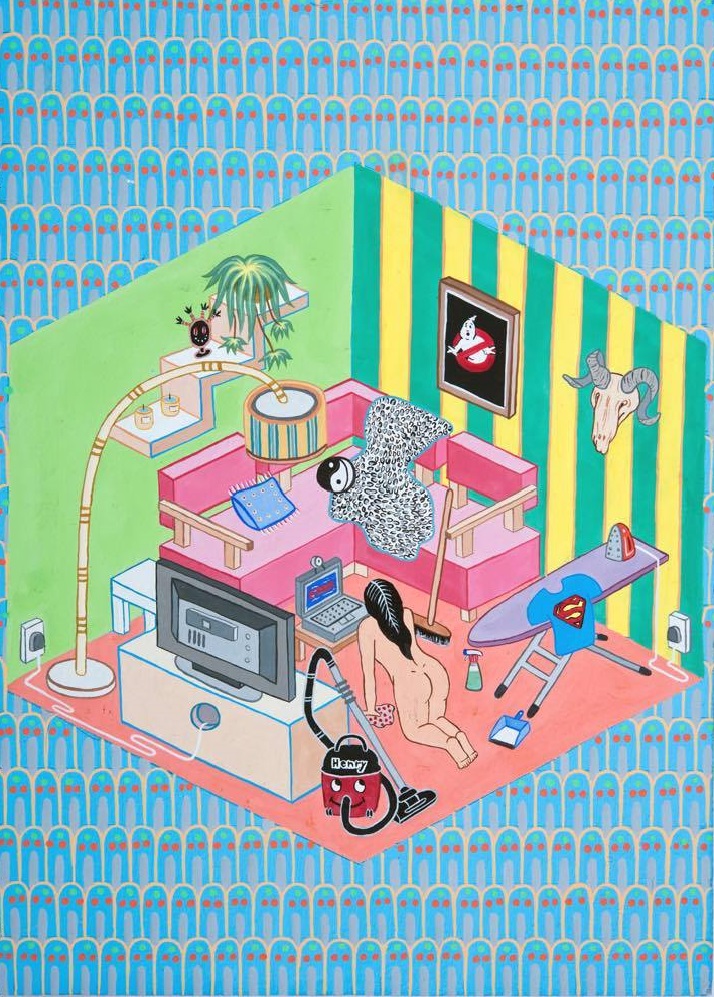 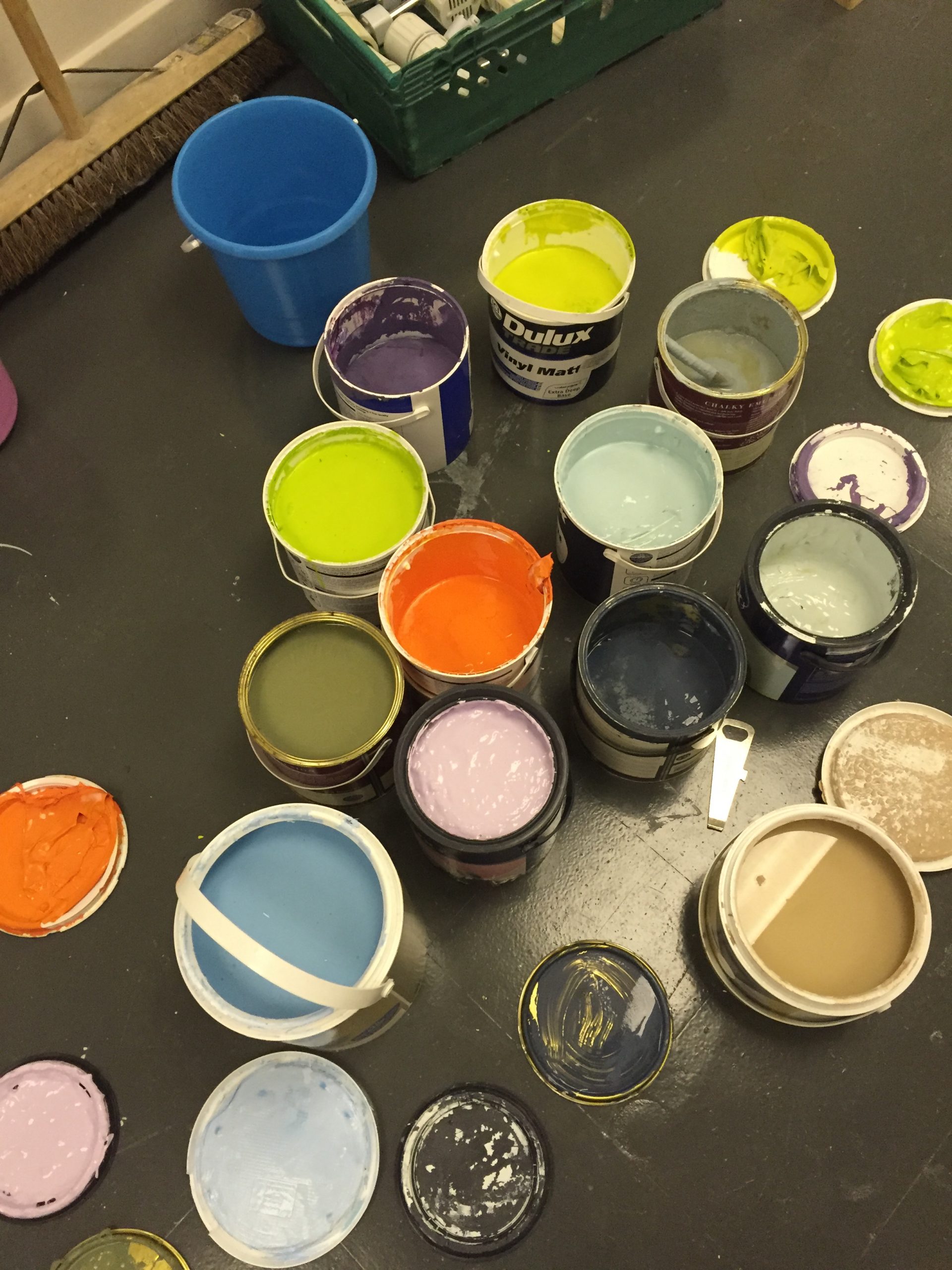 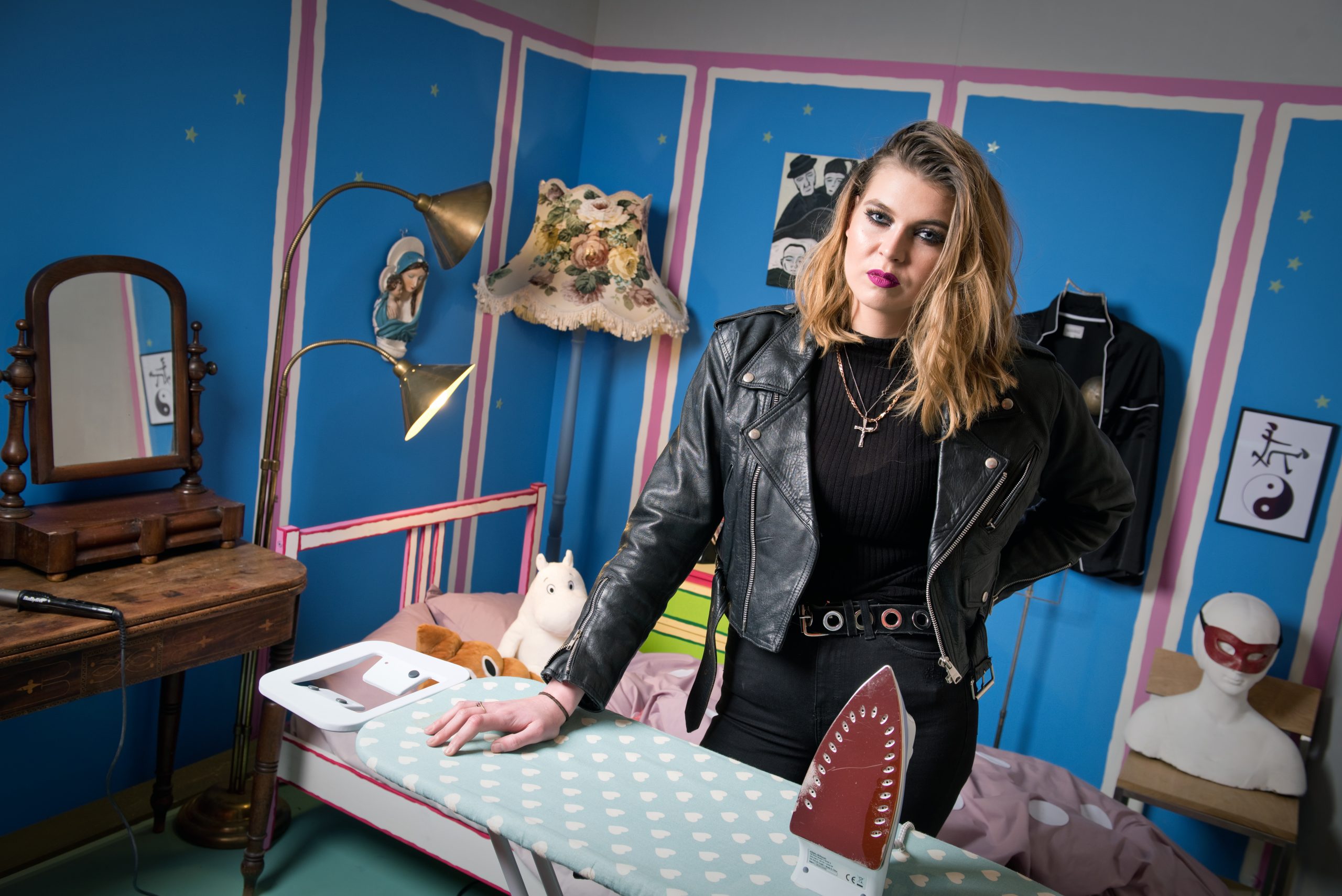 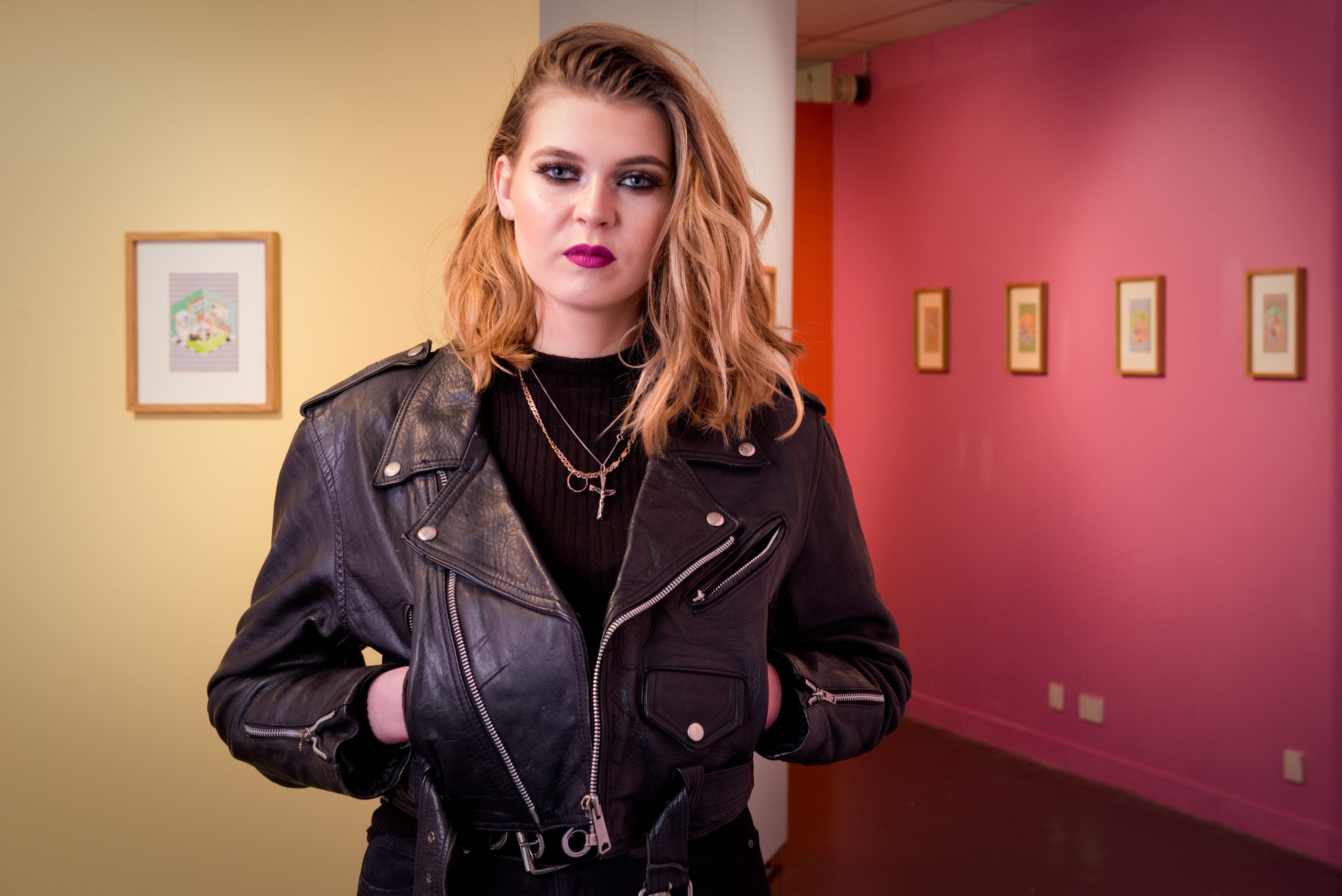 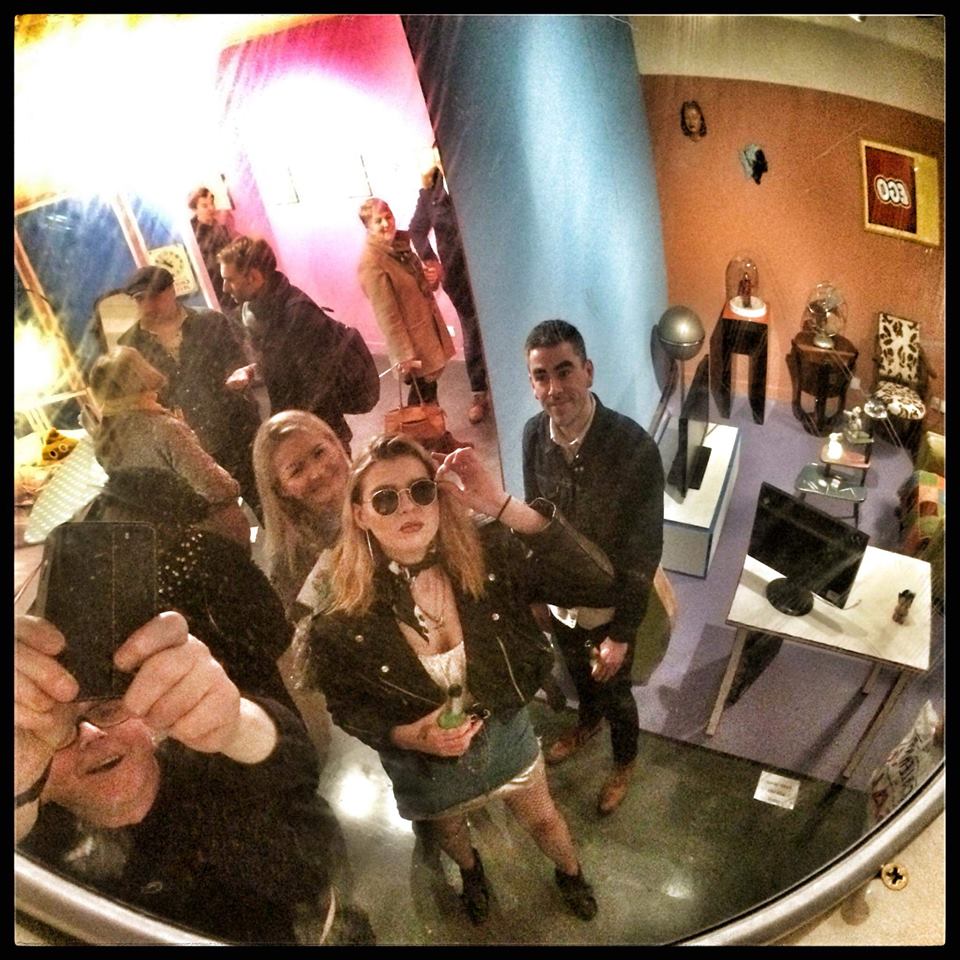 Check out It’s Nice That article