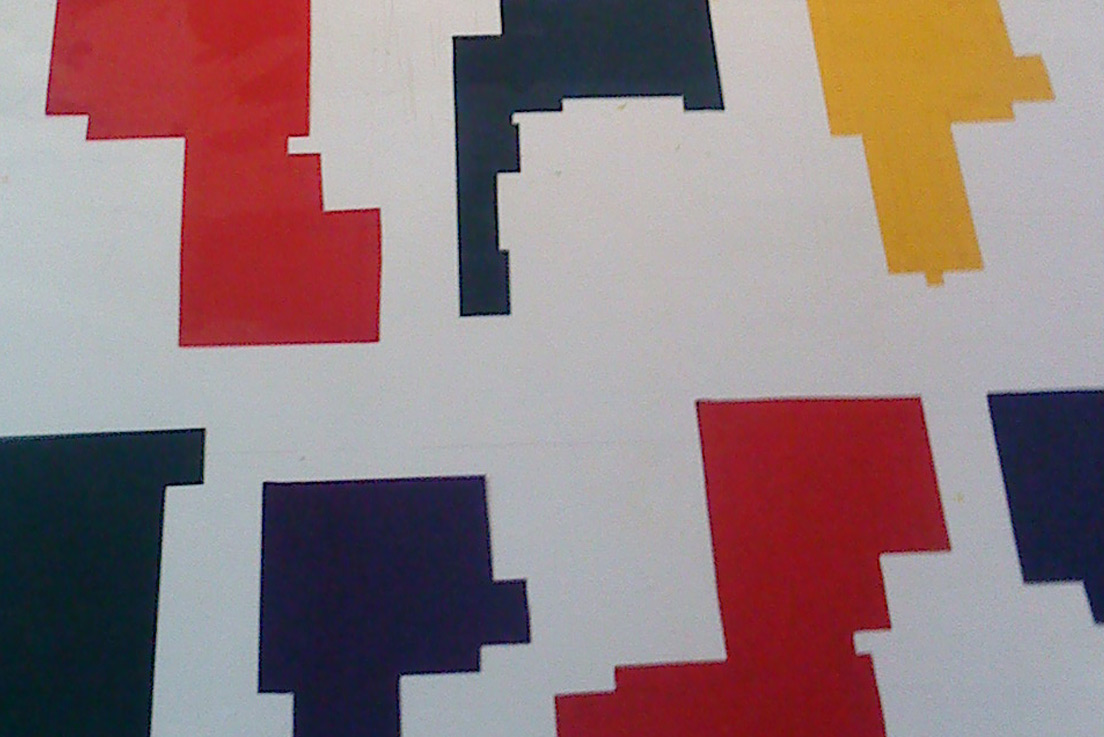 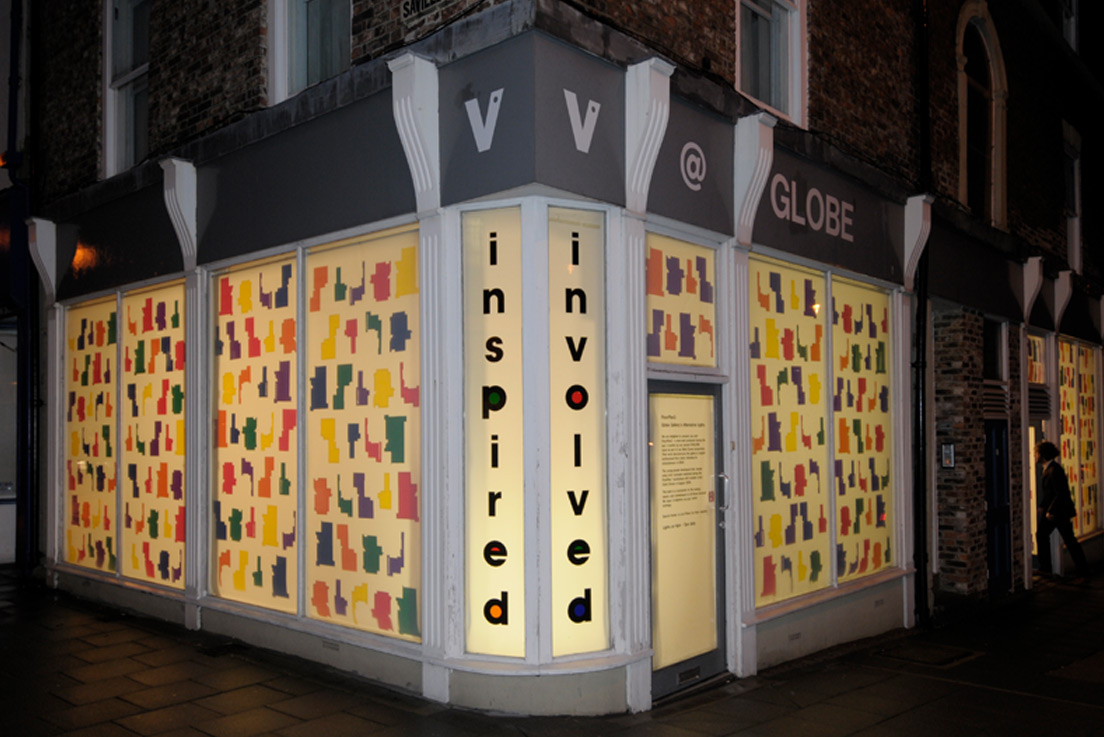 Volunteers took 5 sections of the gallery’s floor plan, cut them from photographic filter, applied them to diffusion material and lit them using photographic lighting to produce ‘North Shields Alternative Lights.’ The event, titled, ‘Switch On’ was opened by the elected Mayor on December 19th 2008 and continued every evening until the end of January. 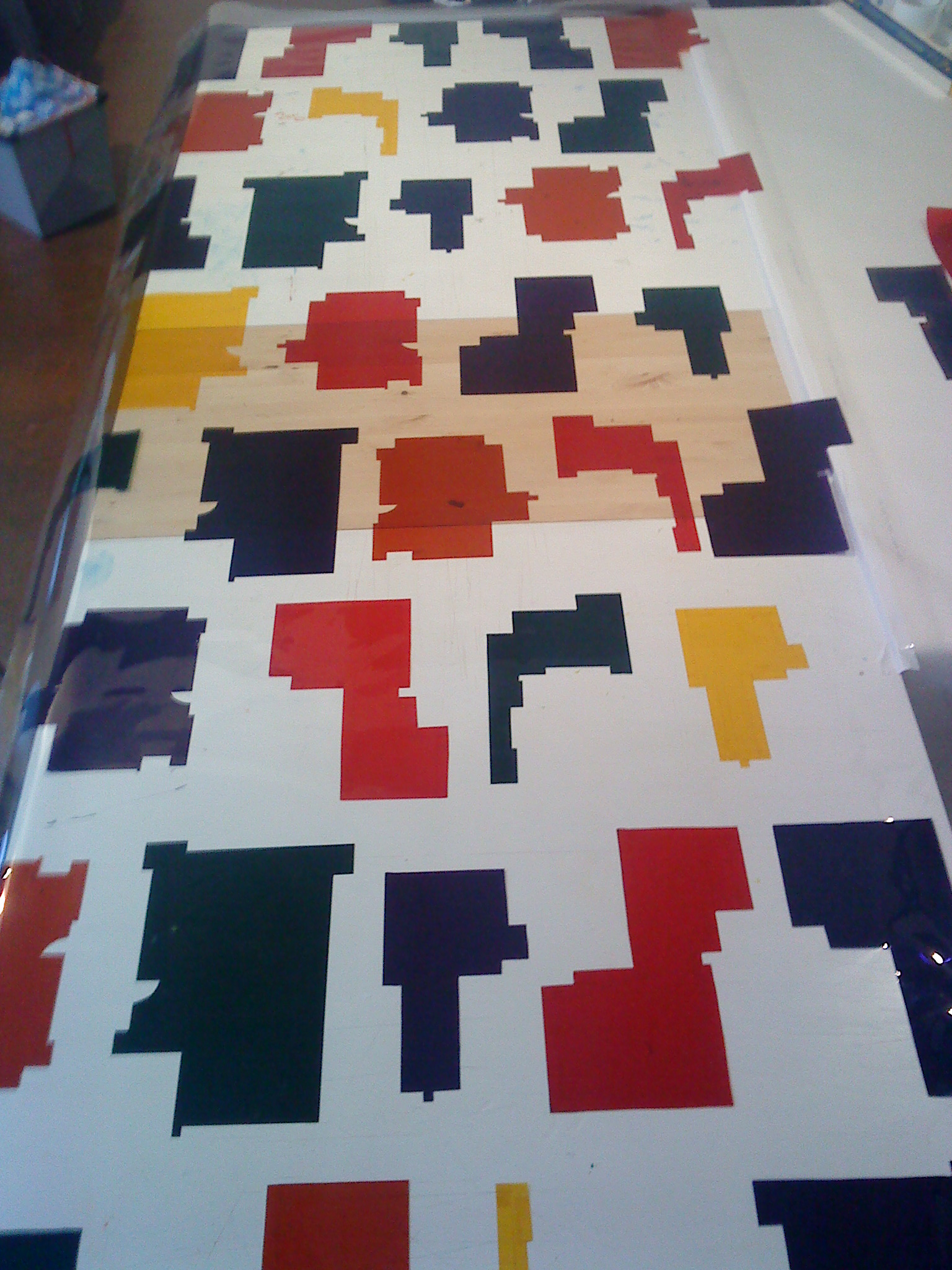 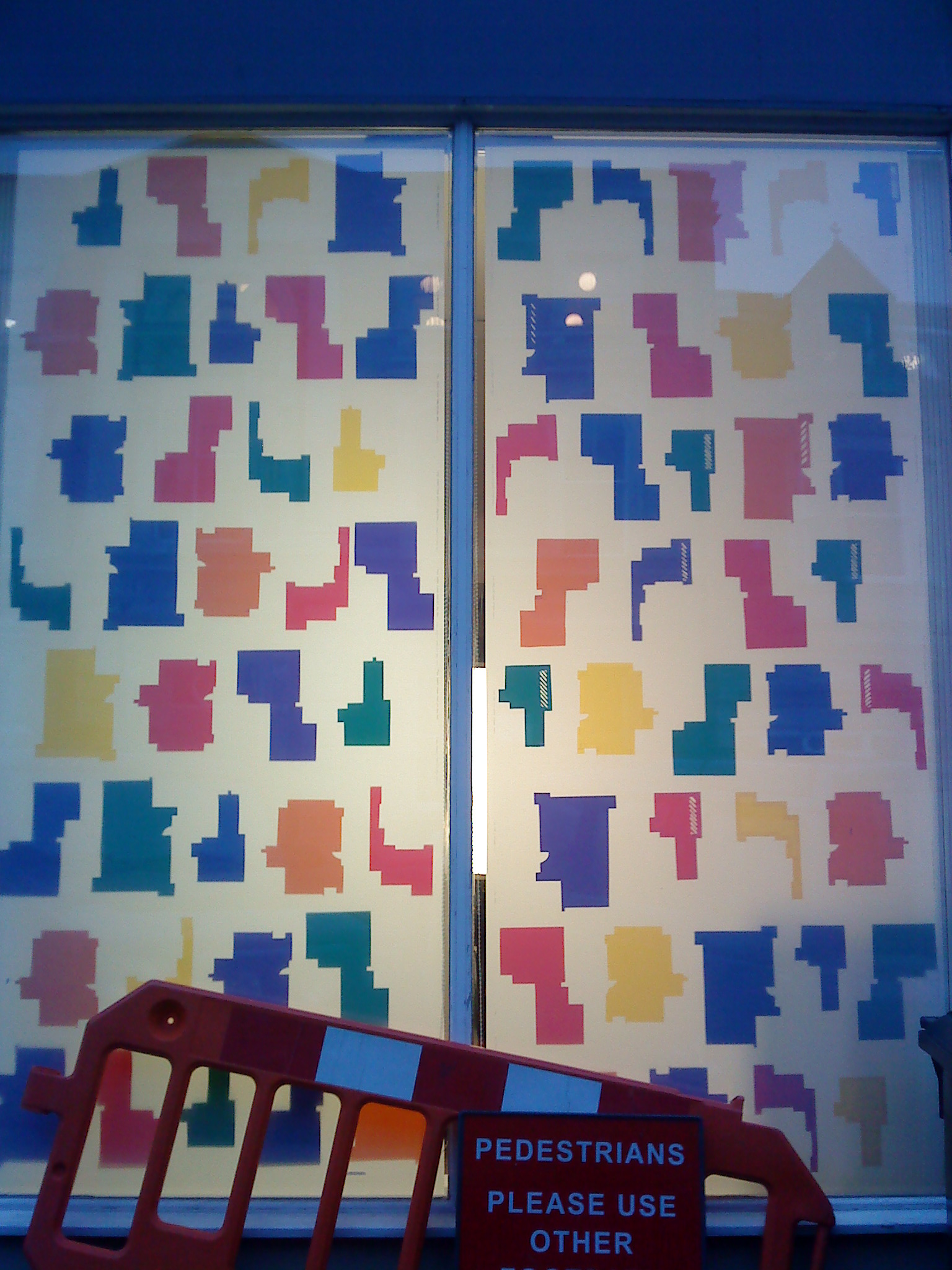 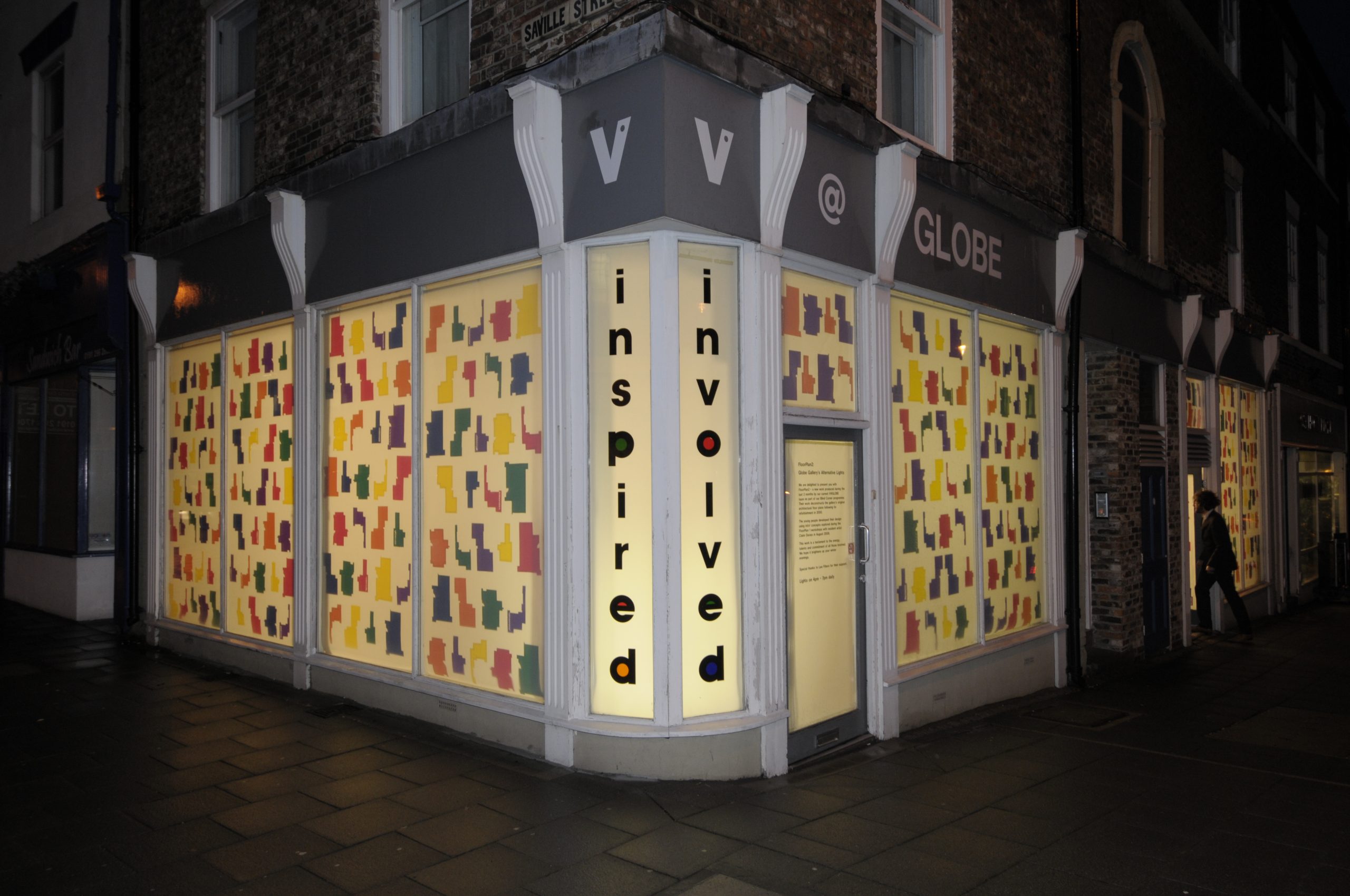 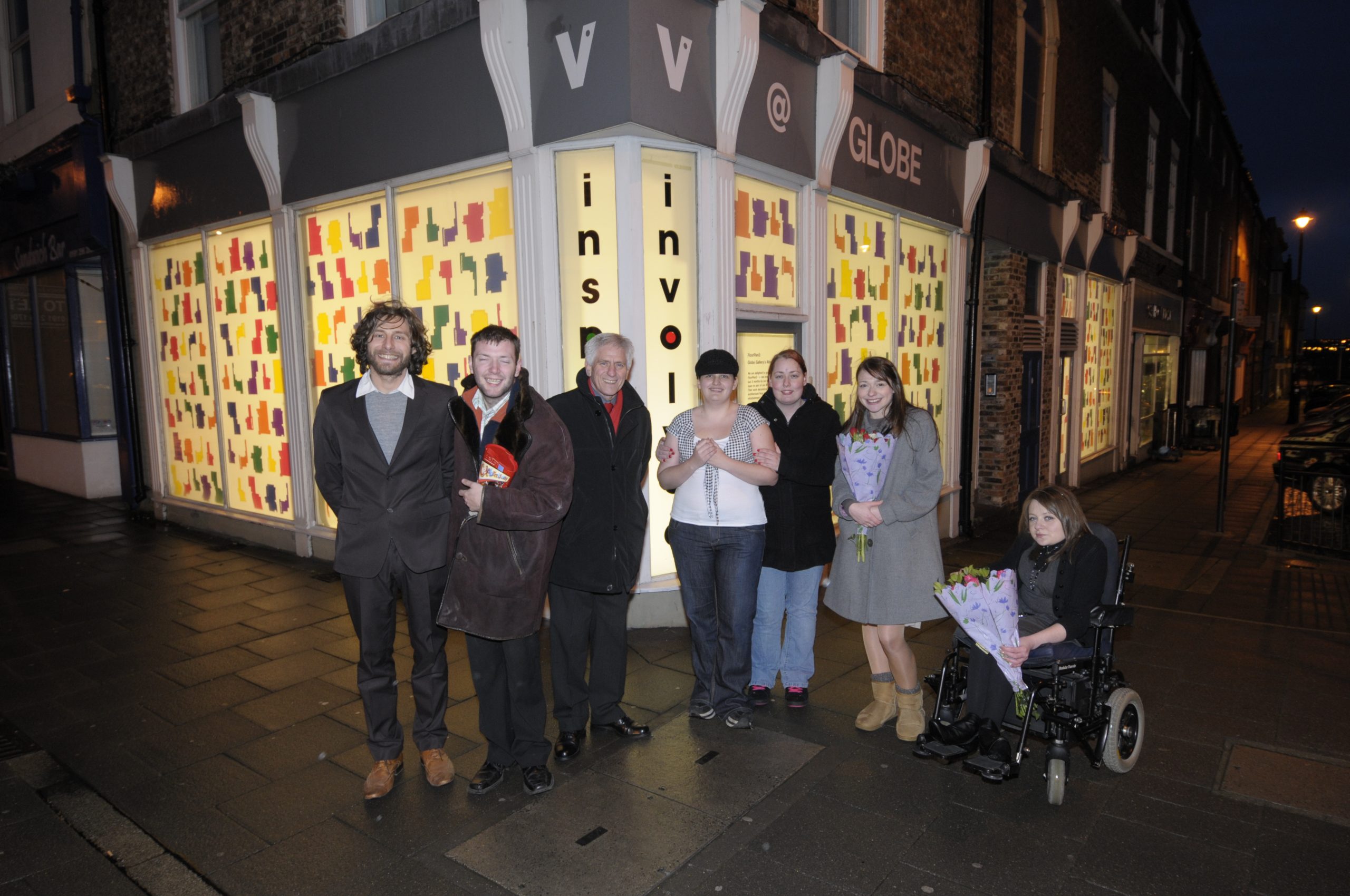 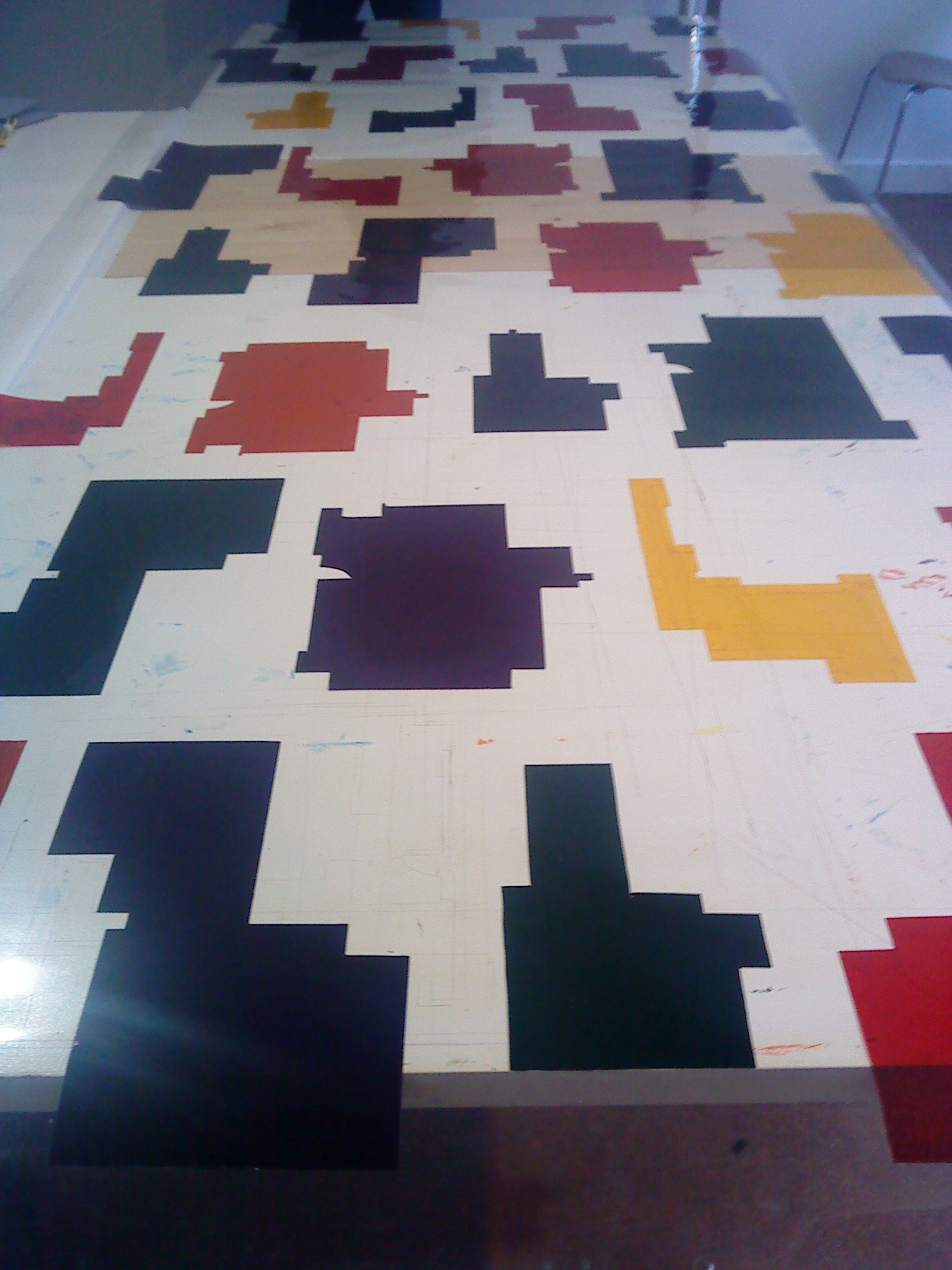 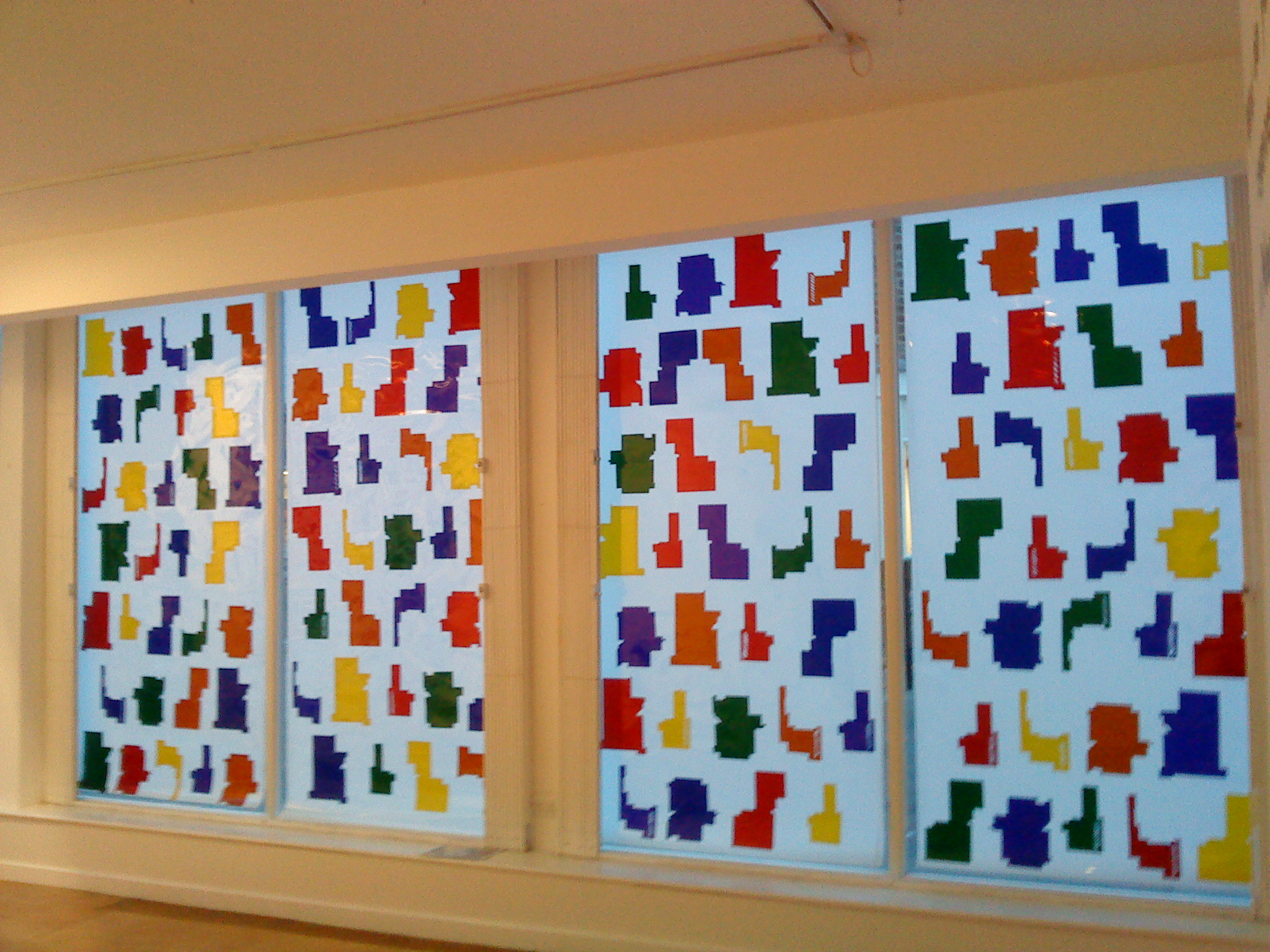